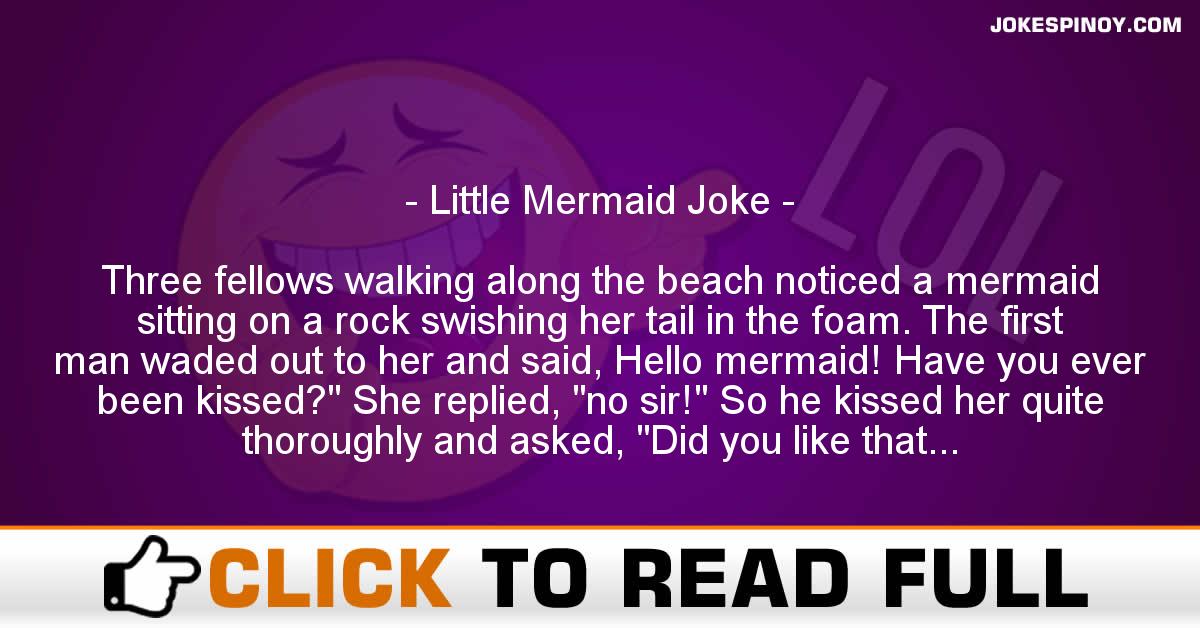 Three fellows walking along the beach noticed a mermaid sitting on a rock swishing her tail in the foam. The first man waded out to her and said, Hello mermaid! Have you ever been kissed?” She replied, “no sir!” So he kissed her quite thoroughly and asked, “Did you like that?” “Oh, indeed I did, sir!” she replied The second man went out to her and asked,”Mermaid, have you ever had your breasts fondled?” “No sir,” she replied. So he set to and fondled and caressed and then asked, “How did you like that?” She replied,” It was most pleasurable, sir.” The third fellow approached and asked,” Mermaid, have you ever been f**ked?” “No sir,” she replied. He said, “Well you have been now–the tide’s gone out!”