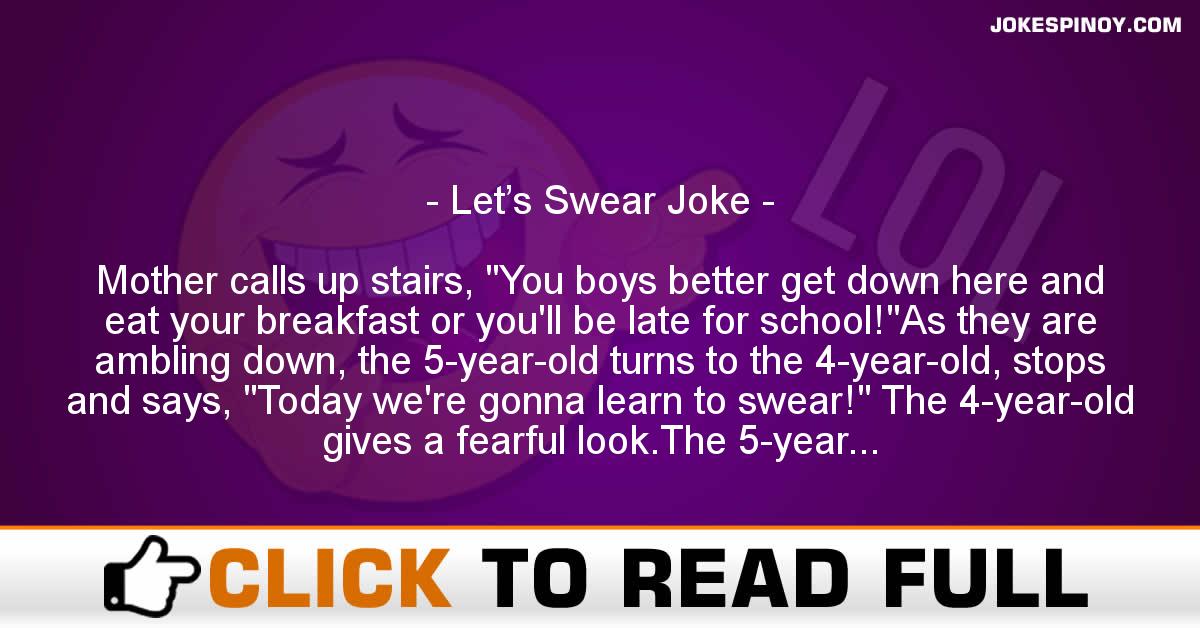 Mother calls up stairs, “You boys better get down here and eat your breakfast or you’ll be late for school!”As they are ambling down, the 5-year-old turns to the 4-year-old, stops and says, “Today we’re gonna learn to swear!” The 4-year-old gives a fearful look.The 5-year-old continues, “When we get to the table, I’ll say ‘hell’ and you say ‘a*s’!” The 4-year-old agrees with reservation.They seat themselves at the table. Mother greets them. “Good morning boys! What would you like for breakfast?”The 5-year-old leans back and c**ks his head… “Hell Mom! I’ll have Cheerios!”He is promptly escorted to another room while the 4-year-old seated at the table grimaces upon hearing the wailing cries of big brother getting a serious licking.Mother returns with sniffling 5-year-old. She turns to 4-year-old and says compa*sionately, “Well now, what would you like for breakfast?”The 4-year-old replies, “I don’t know ma… But you can bet your a*s it ain’t Cheerios!”