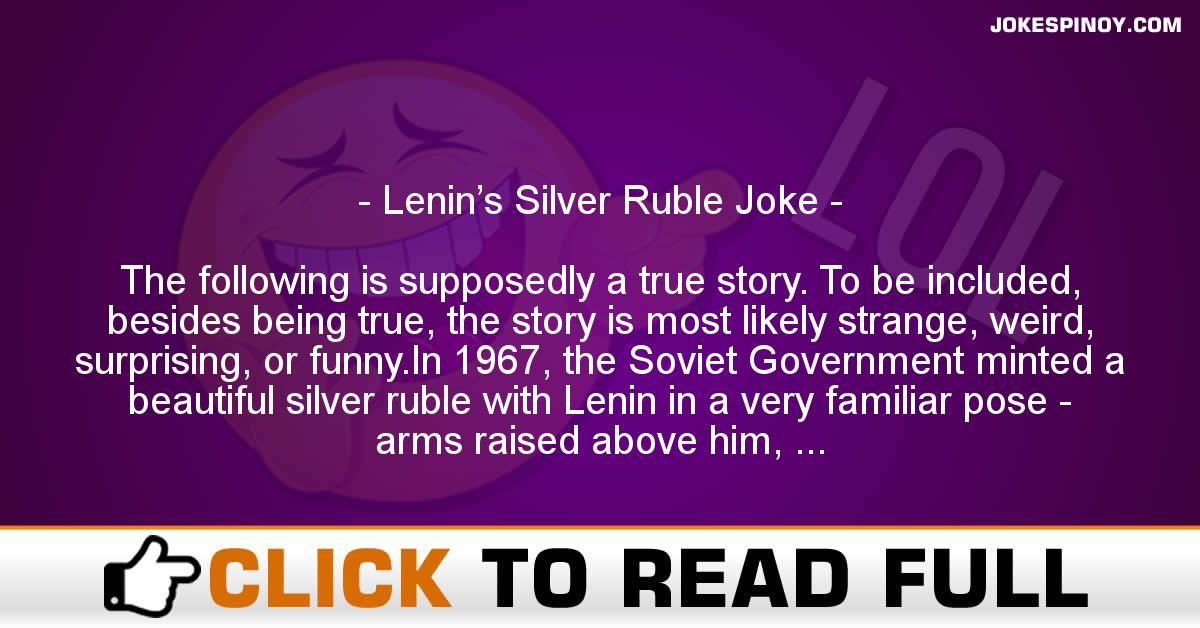 The following is supposedly a true story. To be included, besides being true, the story is most likely strange, weird, surprising, or funny.In 1967, the Soviet Government minted a beautiful silver ruble with Lenin in a very familiar pose – arms raised above him, leading the country to revolution. But, it was clear to everybody, that if you looked at it from behind, it was clear that Lenin was pointing to 11:00, when the Vodka shops opened, and was actually saying, “Comrades, forward to the Vodka shops.”It became fashionable, when one wanted to have a drink, to take out the ruble and say, “Oh my goodness, Comrades, Lenin tells me we should go.”