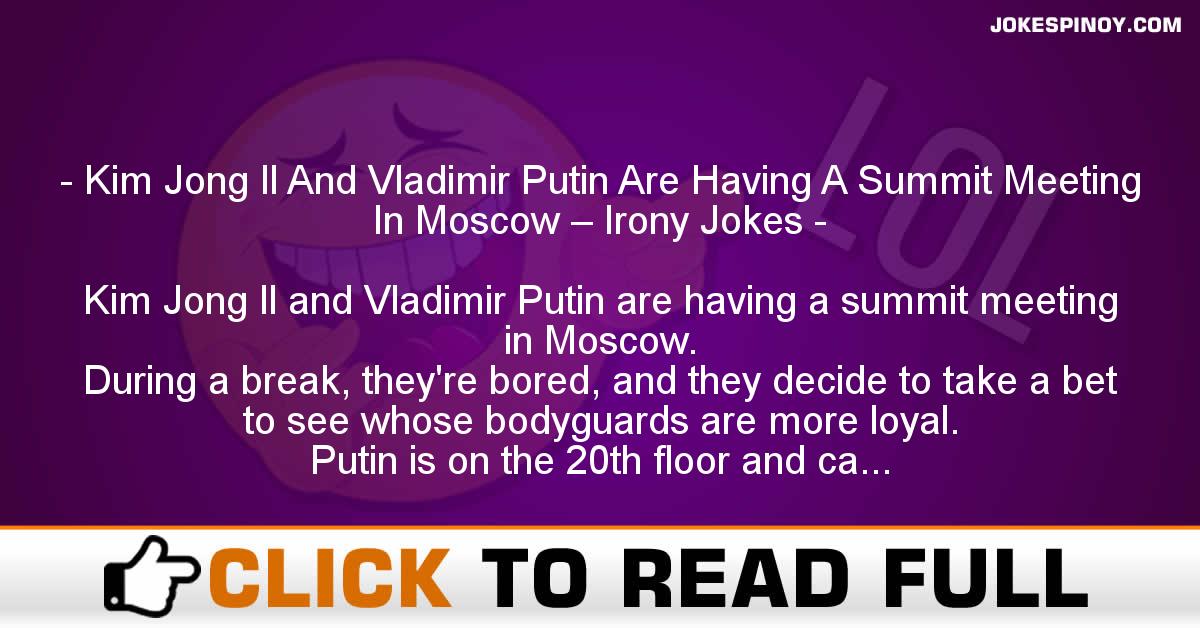 Kim Jong Il and Vladimir Putin are having a summit meeting in Moscow.
During a break, they’re bored, and they decide to take a bet to see whose bodyguards are more loyal.
Putin is on the 20th floor and calls on his bodyguard Ivan, opens the window, and says: “Ivan, jump!”
Sobbing, Ivan says: “Mr. President, how can you ask me to do that? I have a wife and child waiting for me at home”
Putin sheds a tear himself, apologises to Ivan, and sends him away.
Next, it’s Kim Jong Il’s turn. He calls his bodyguard Lee Myung Man and yells: “Lee Myung Man, jump!”
Not hesitating for a split second, Lee Myung Man is just about to jump out the window.
Putin grabs Lee Myung Man to prevent him from jumping and says: “Are you out of your mind? If you jump out this window, you’ll die! This is the 20th floor!”
Nevertheless, Lee Myung Man is still struggling, trying to escape Putin’s embrace and jump out the window: “Mr. Putin, please let me go! I have a wife and child at home!”

Topic of Interest:    putin kim jon il joke grabs him telling him not to jump