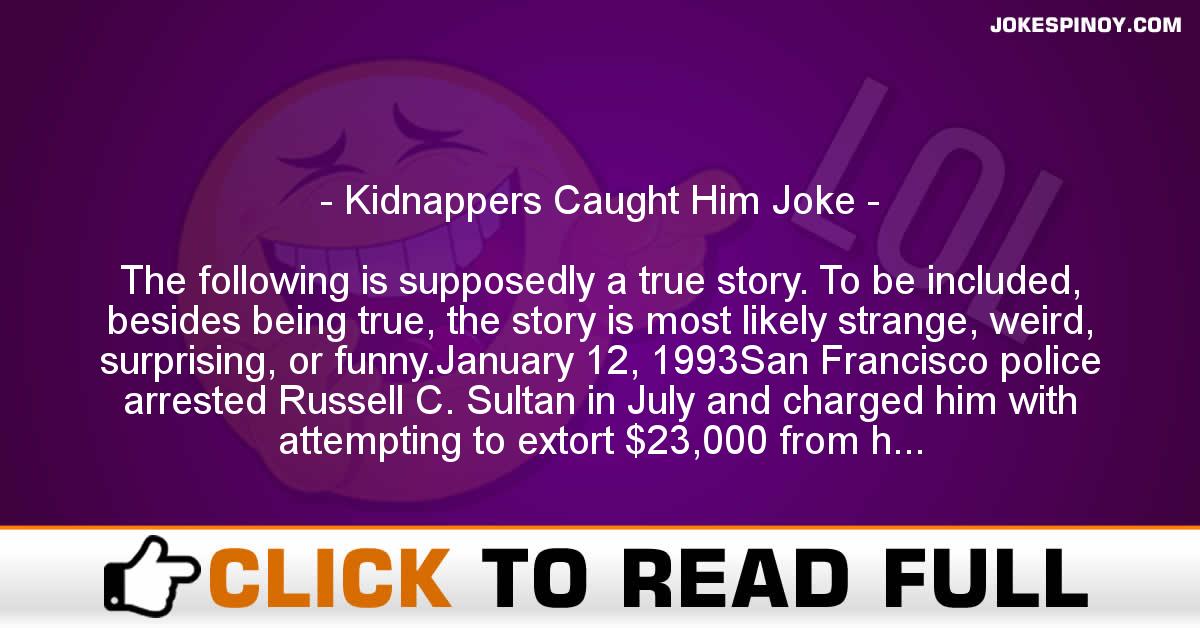 The following is supposedly a true story. To be included, besides being true, the story is most likely strange, weird, surprising, or funny.January 12, 1993San Francisco police arrested Russell C. Sultan in July and charged him with attempting to extort $23,000 from his mother and girlfriend by claiming to have been kidnapped for ransom.After tracing telephone calls, police, guns drawn, burst into a motel room to find Sultan casually eating fried chicken and watching a 49ers football game.Sultan said the kidnappers had merely left him alone for a while, and exclaimed to the officers, “What took you so long?”