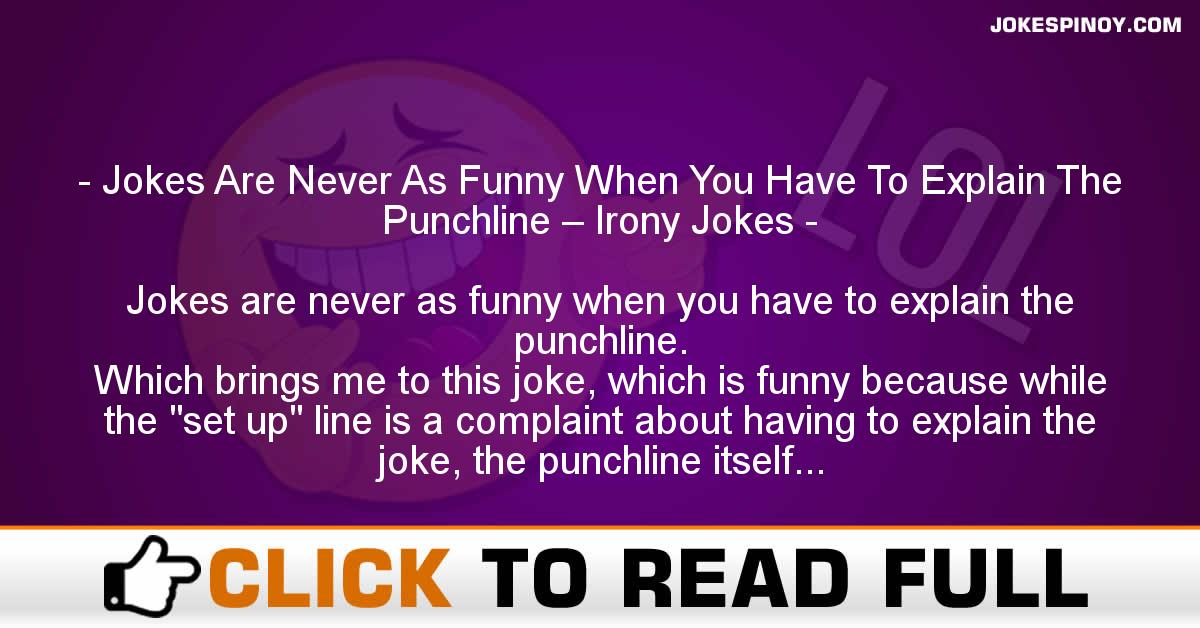 Jokes are never as funny when you have to explain the punchline.
Which brings me to this joke, which is funny because while the “set up” line is a complaint about having to explain the joke, the punchline itself is an explanation of the joke itself, thus creating a sort of humorous irony.

Topic of Interest:    what is the joke that has the punchline I don\t want any of those f---ing potatoes,   what joke has the punch line of it has an iron deficiency