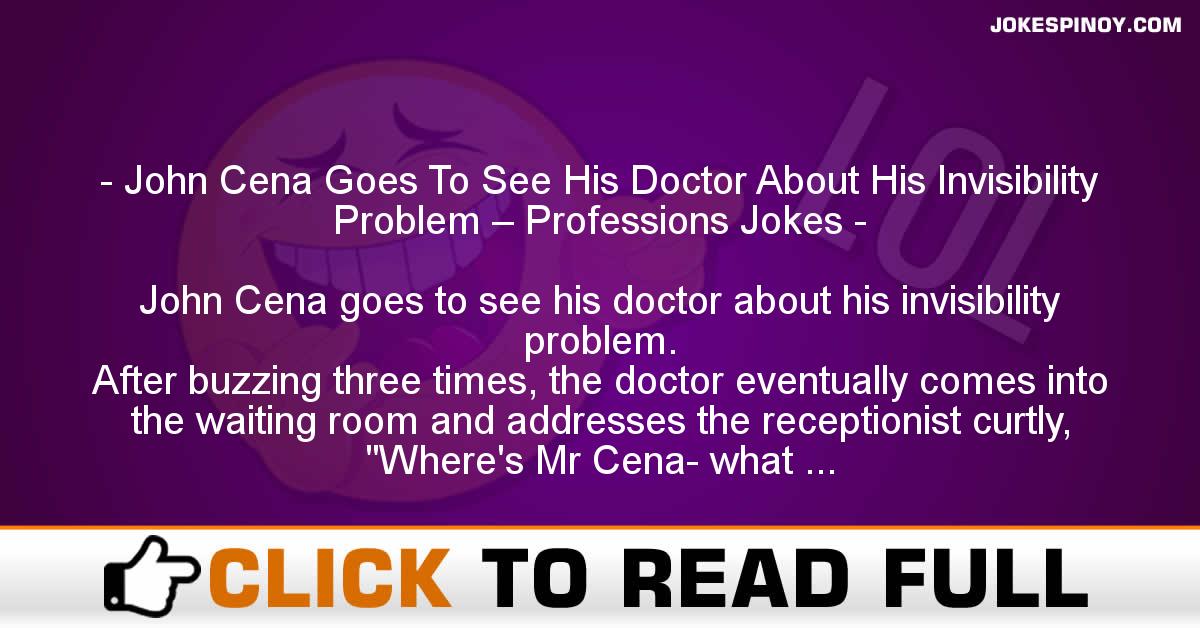 John Cena goes to see his doctor about his invisibility problem.
After buzzing three times, the doctor eventually comes into the waiting room and addresses the receptionist curtly, “Where’s Mr Cena- what appointment did we give him?”
John speaks up, “You can’t see me, my time is now…”