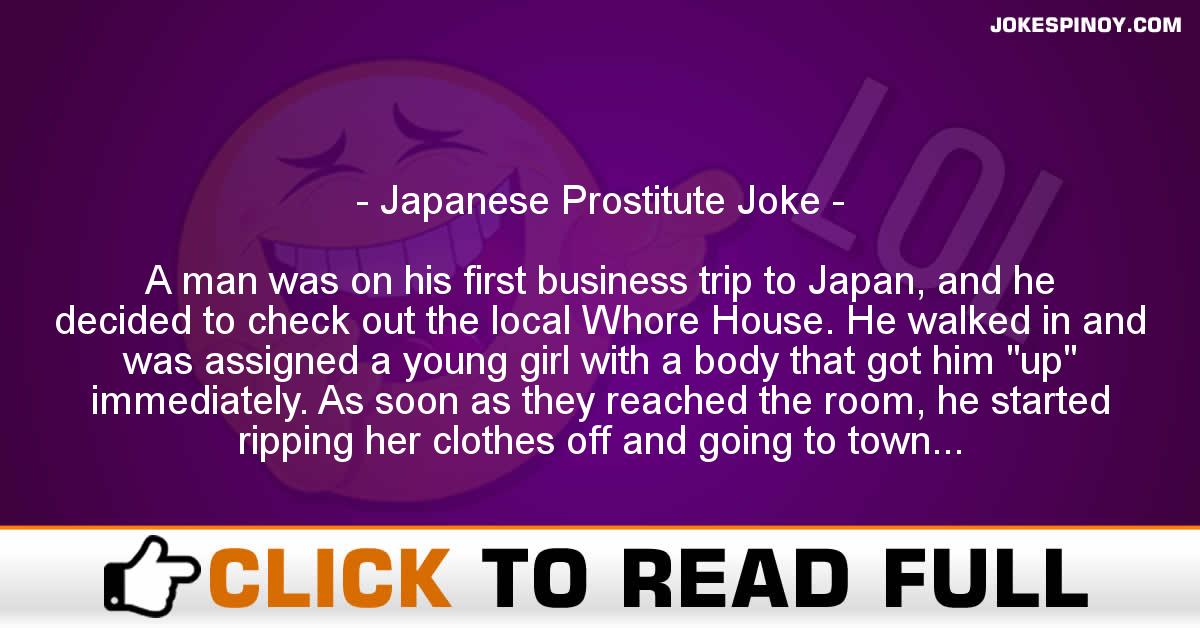 A man was on his first business trip to Japan, and he decided to check out the local W***e House. He walked in and was a*signed a young girl with a body that got him “up” immediately. As soon as they reached the room, he started ripping her clothes off and going to town.Moaning and grunting, the girl was screaming in Japanese, “Wasukima! Wasukima!” He was sure that she was praising him for his good job, so he kept going harder than ever.Later, he went golfing with his boss and a few clients.As the clients were Japanese, he decided to impress them with his new knowledge of their language. When one of them got a hole in one, he raised his arms and shouted “Wasukima!”.All of the men looked at him quizzically, and one of them asked, “Why are you shouting ‘wrong hole’?”