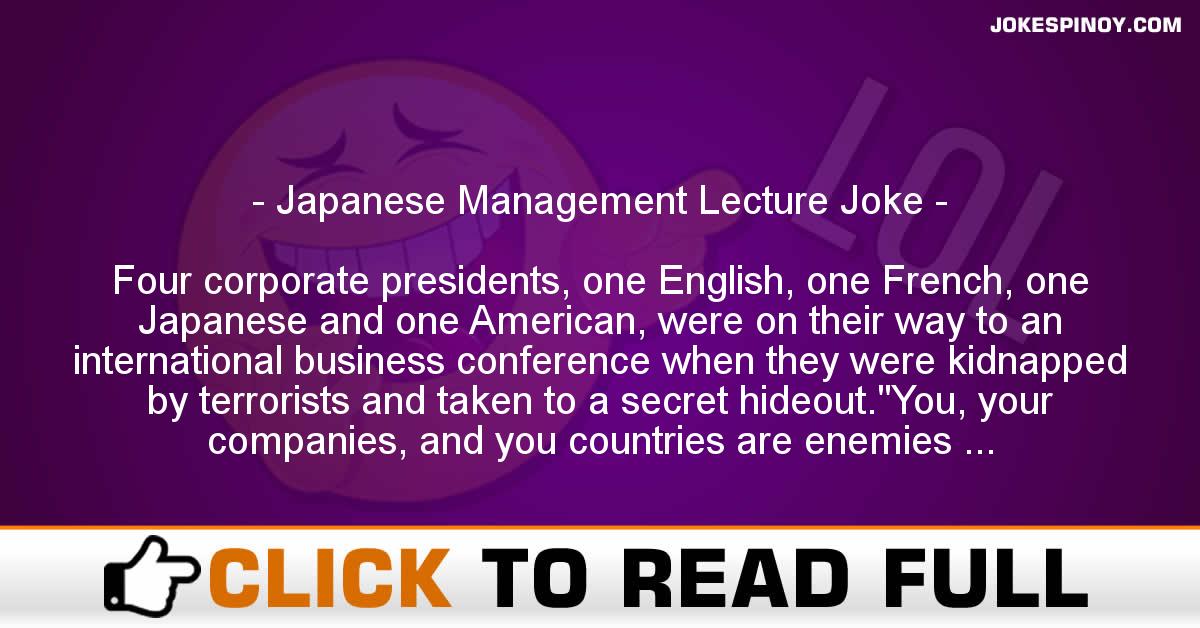 Four corporate presidents, one English, one French, one Japanese and one American, were on their way to an international business conference when they were kidnapped by terrorists and taken to a secret hideout.”You, your companies, and you countries are enemies of the Revolution,” screamed the terrorist leader, “and you’re going to be executed! Do you have any last requests?”The Englishman spoke first.”Before I die, I want to honor my country and protest this barbaric act by singing “God Save The Queen” to all you men.””That can be arranged,” said the terrorist.The Frenchman said, “And I want to honor my country before I die by singing “The Marseilles” to your men.”The Japanese said, “Before I die, I wish to honor my country by giving the lecture I was going to present on the Mapanese style of industrial management.”The terrorist turned finally to the American.”What is your last request?”The American replied, “I want you to kill me right now so I don’t have to listen to another lecture on the Japanese style of industrial management!”