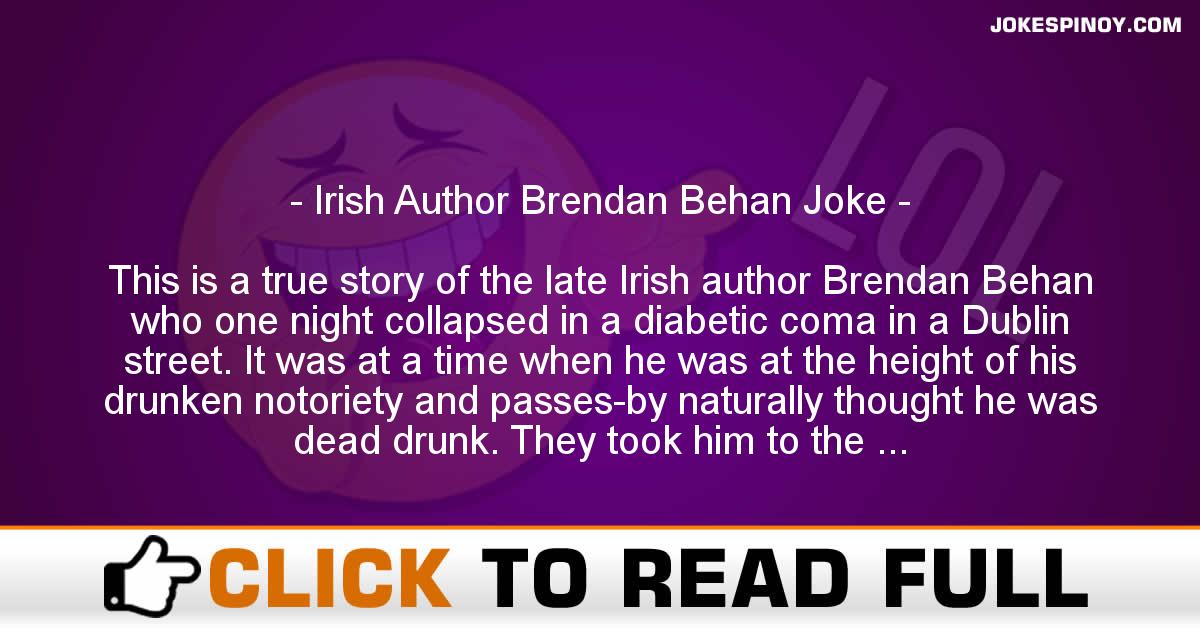 This is a true story of the late Irish author Brendan Behan who one night collapsed in a diabetic coma in a Dublin street. It was at a time when he was at the height of his drunken notoriety and pa*ses-by naturally thought he was dead drunk. They took him to the nearby surgery of one of Dublin’s most fashionable and respected doctors. The doctor decided to take a cardiograph and, somewhat nervous of his patient, thought to humor him. He explained the workings of the cardiograph needle as it registered the faint heartbeats of the very sick and semiconscious Brendan. “That needle there is writing down your pulses, Mr. Behan, and I suppose, in its own way, it is probably the most important thing you have ever written.” To which Behan replied: “Aye, and it’s straight from me heart, too.”