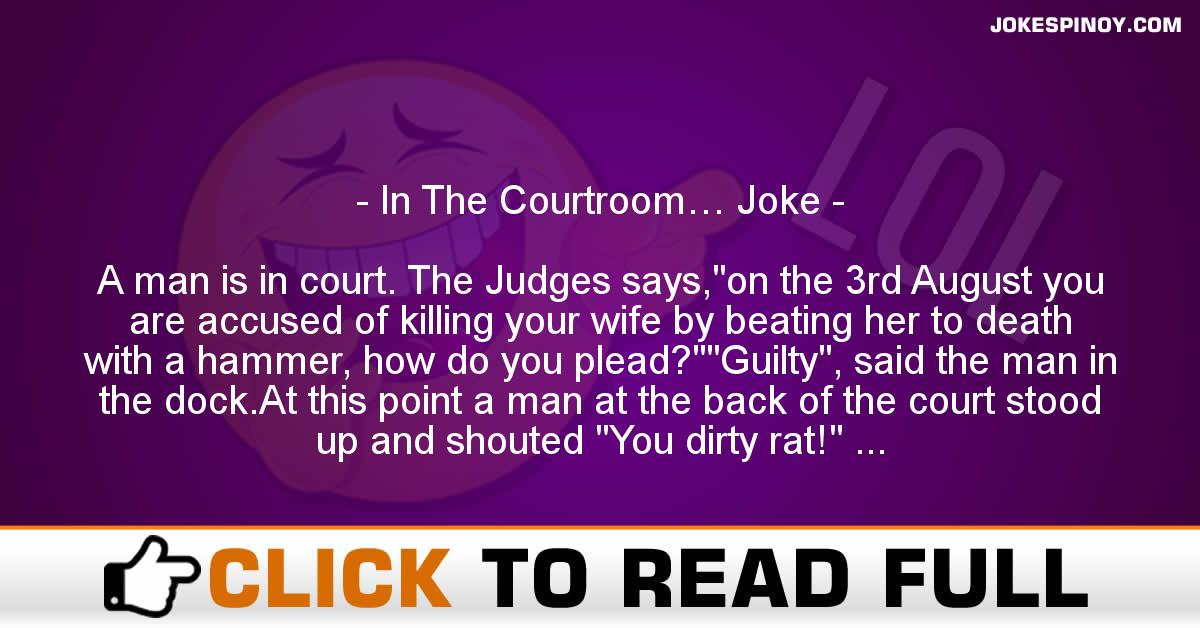 A man is in court. The Judges says,”on the 3rd August you are accused of killing your wife by beating her to death with a hammer, how do you plead?””Guilty”, said the man in the dock.At this point a man at the back of the court stood up and shouted “You dirty rat!” The Judge asked the man to site down and to refrain from making any noise.The Judge continued “….. and that also on the 17th September you are accused of killing your son by beating him to death with a hammer, how do you plead”?”Guilty”, said the man in the dock.Again the same man at the back stood up and shouted even louder, “You dirty rotten stinking rat”!!At this point the Judge called the man to the bench and said, “I have already asked you to be quiet, if you continue with these outbursts, I will have to charge you with contempt of court. I can understand your feelings, but what relationship have you to this man?”He replied “He is my next door neighbor”.The Judge replied, “I can understand your feelings then, but you must refrain from any comments”.The man replied “NO, your Honor, you don’t understand.Twice I have asked if I could borrow a hammer, and BOTH TIMES he said he didn’t have one”!!!