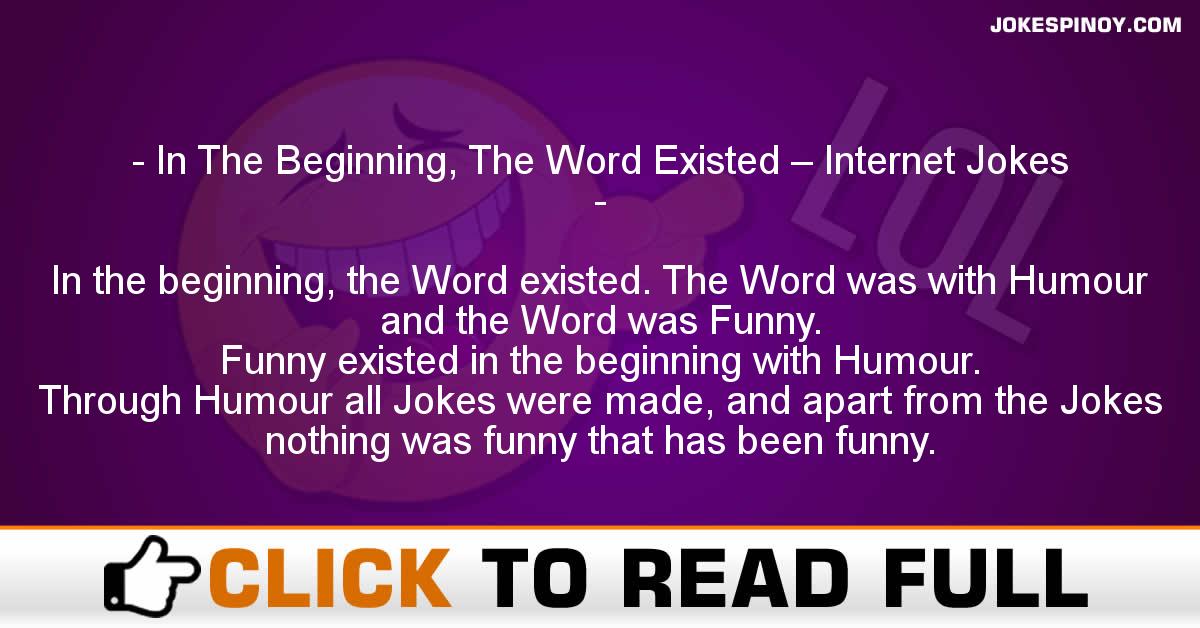 In the beginning, the Word existed. The Word was with Humour and the Word was Funny.
Funny existed in the beginning with Humour.
Through Humour all Jokes were made, and apart from the Jokes nothing was funny that has been funny.
In Humour was Laughs, and those Laughs brought life to Sickipedia.
And the laughs reverberated through the silence, and the silence has never extinguished them.
After the beginning, there were more Words, and the Words were Duplicates of the Word and were not Funny.
And the Laughs saw that the Words were not the Word and cast them out into the pit of Merge/Deletion.
The pit of Merge/Deletion was a crowded place without Humour and there were no Laughs but Cries of Unfunny.
The King of the pit of Merge/Deletion was Old Nicked Jokes and he set about planting Demons in the land of Sickipedia to eat into the hearts and souls of Jokers and to test them with the Temptation of the Unfunny.