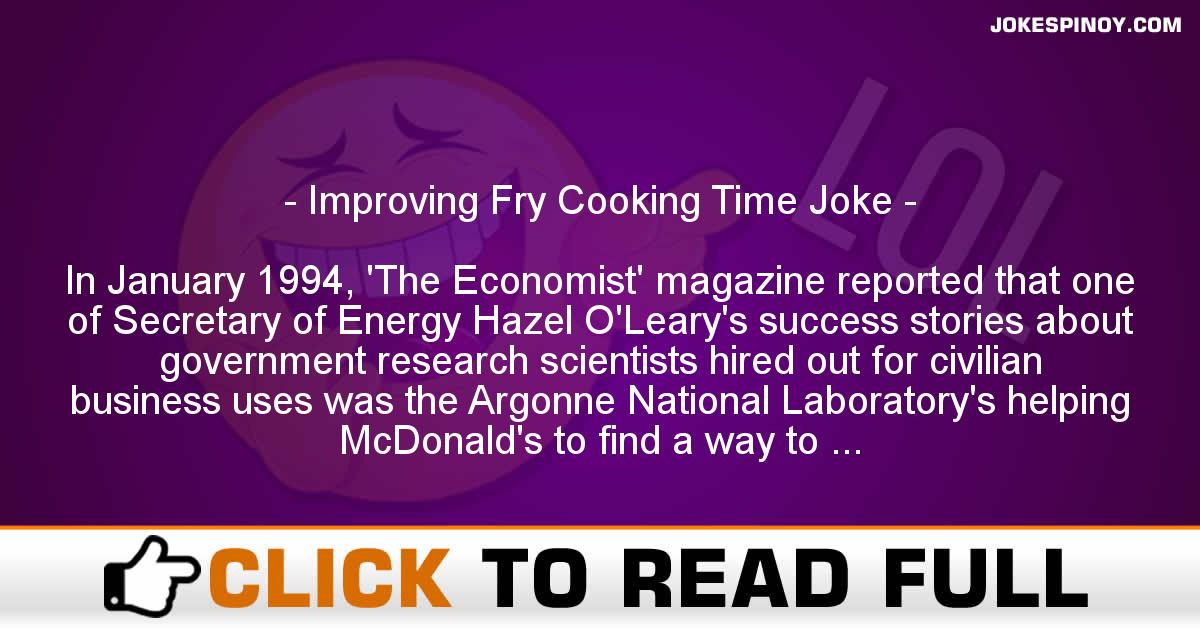 In January 1994, ‘The Economist’ magazine reported that one of Secretary of Energy Hazel O’Leary’s success stories about government research scientists hired out for civilian business uses was the Argonne National Laboratory’s helping McDonald’s to find a way to speed up french frying. A team headed by physicist Tuncer Kuzay, who interrupted his work on advanced photons, placed sensors inside the frozen fries and was able to design special frying baskets to deal with the effect of steam created by melting ice crystals and to cut 30 to 40 seconds off each batch’s frying time.