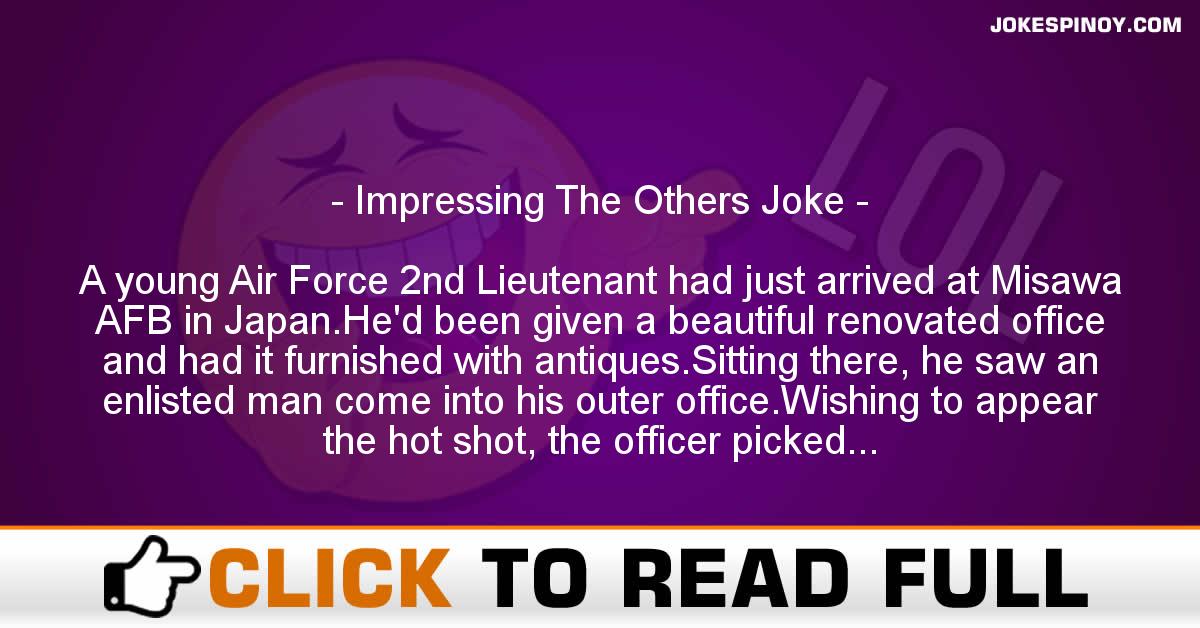 A young Air Force 2nd Lieutenant had just arrived at Misawa AFB in Japan.He’d been given a beautiful renovated office and had it furnished with antiques.Sitting there, he saw an enlisted man come into his outer office.Wishing to appear the hot shot, the officer picked up the phone and started to pretend he was exchanging chit chat with the Base Commander.He threw Colonel’s and General’s names around and talked about letting them stay in his Daddy’s condo in Hawaii, and then set up a golfing date between him, the Base Commander, and the CO’s of the Naval Security Group and Naval Air Facility.Finally he hung up and asked the Sergeant, “Can I help you sergeant?”The TSGT said, “Yes sir, I’m here to activate your phone lines.”

Topic of Interest:    jokes about impressing others