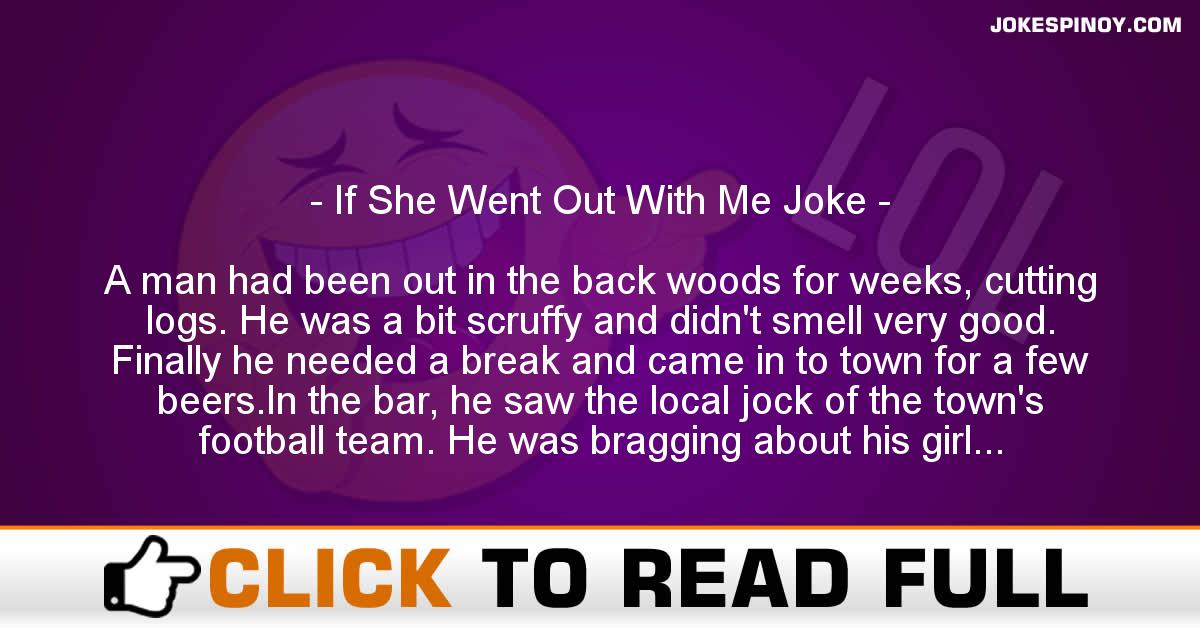 A man had been out in the back woods for weeks, cutting logs. He was a bit scruffy and didn’t smell very good. Finally he needed a break and came in to town for a few beers.In the bar, he saw the local jock of the town’s football team. He was bragging about his girlfriend and how she was lucky to have him for a boyfriend.The lumberjack, after drinking six bottles of beer, was heard to say, “Buddy, if she went out with me, she’d never go out with you ever again.”To which the local jock replied, “Hey buddy, if she went out with you, she’d never go out with ANYONE ever again.”