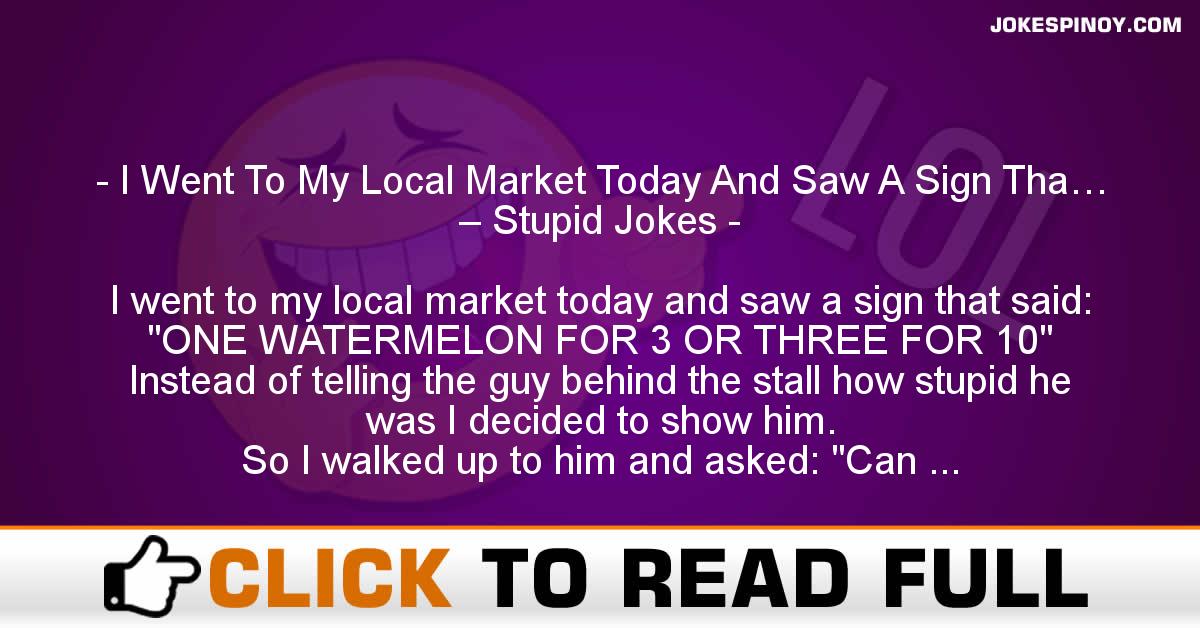 I went to my local market today and saw a sign that said: “ONE WATERMELON FOR 3 OR THREE FOR 10”
Instead of telling the guy behind the stall how stupid he was I decided to show him.
So I walked up to him and asked: “Can I buy a watermelon please?”
“Yes sir, that’ll be three pounds.”
I handed over the money and asked: “Actually, can I have another one please?”
“No problem sir, that’s three pounds.”
“Can I have one more?”
“Certainly sir, three pounds.”
Smirking I said: “I’ve just bought three watermelons for nine pounds but on your sign it says ten. Don’t you realise how stupid you are?”
“That happens a lot,” he chuckled, “until I point out that you just bought three watermelons instead of one.”