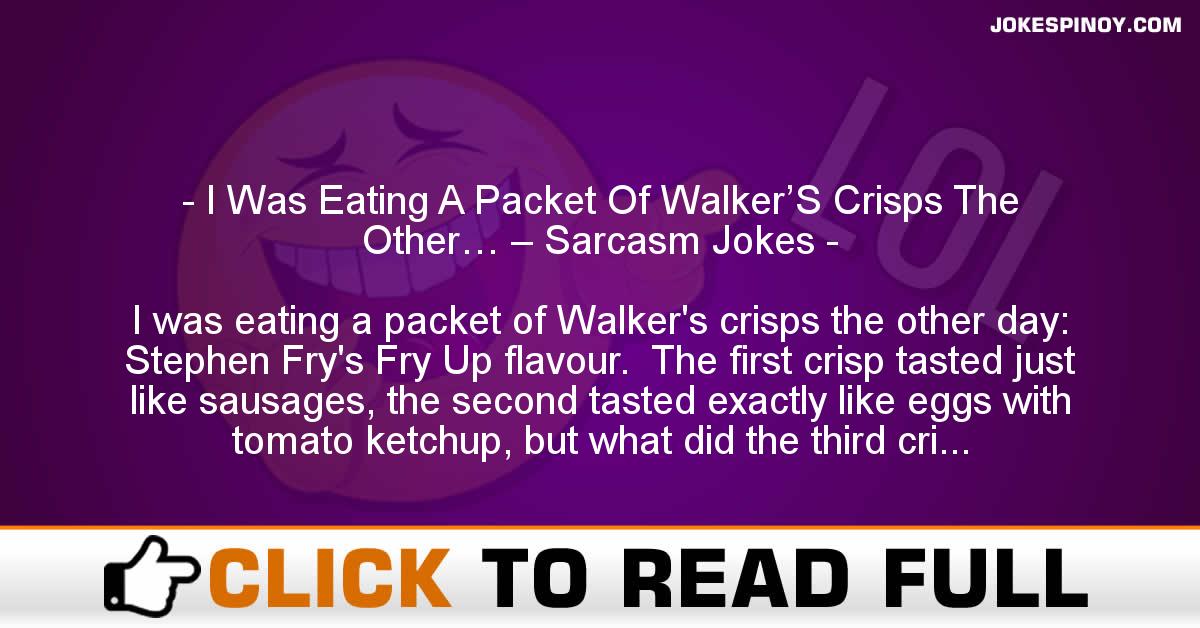 I was eating a packet of Walker’s crisps the other day: Stephen Fry’s Fry Up flavour. The first crisp tasted just like sausages, the second tasted exactly like eggs with tomato ketchup, but what did the third crisp taste of?
Trick question: of course there was no third crisp.

Topic of Interest:    walkers crisps jokes,   crisp jokes,   joke crisp,   what crisps have a joke on them