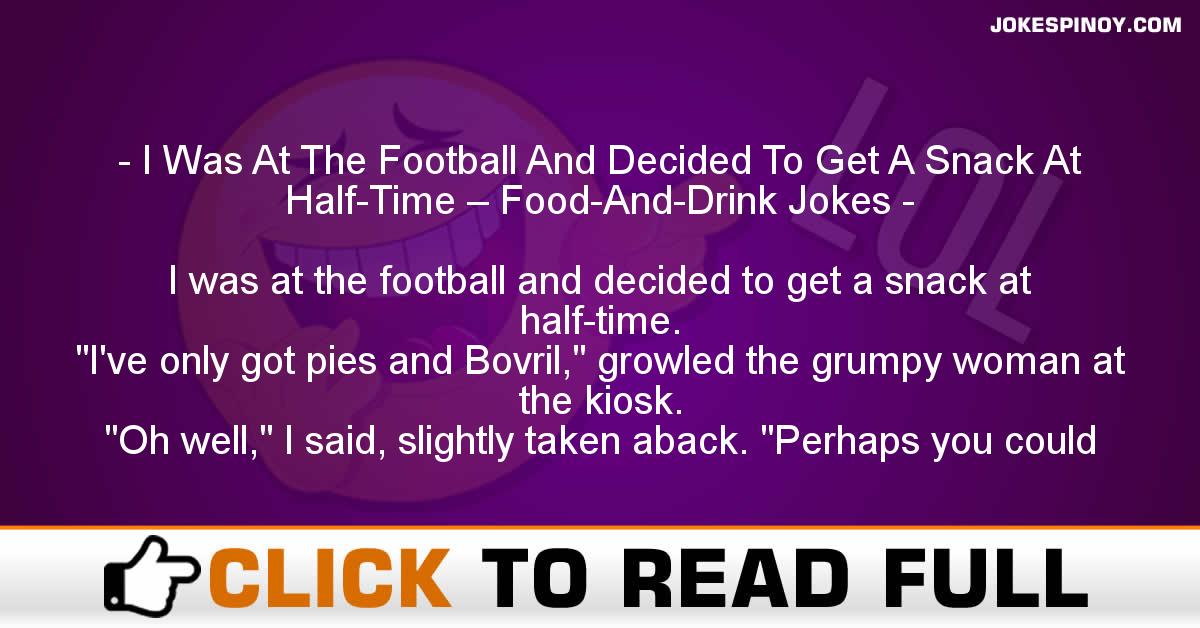 I was at the football and decided to get a snack at half-time.
“I’ve only got pies and Bovril,” growled the grumpy woman at the kiosk.
“Oh well,” I said, slightly taken aback. “Perhaps you could give me a pie and a Bovril – and while you’re at it a kind word wouldn’t go amiss.”
She gave me one of those withering looks and handed me a pie.
“There’s yer pie, that’s 3 quid, and that’s yer Bovril, 2 quid.”
“And what about the kind word?” I said.
“Don’t eat the pie.”