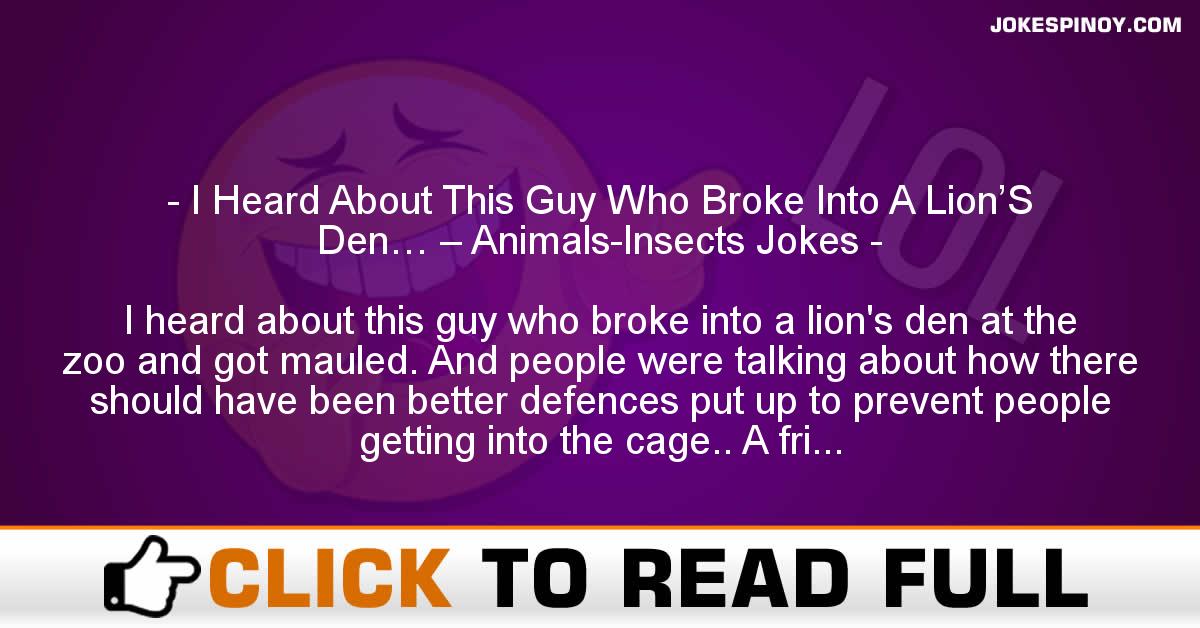 I heard about this guy who broke into a lion’s den at the zoo and got mauled. And people were talking about how there should have been better defences put up to prevent people getting into the cage.. A friend of mine suggested setting up some kind of deterrent. For example, putting some sort of fierce animal in the cage, which would attack anybody who climbed in.