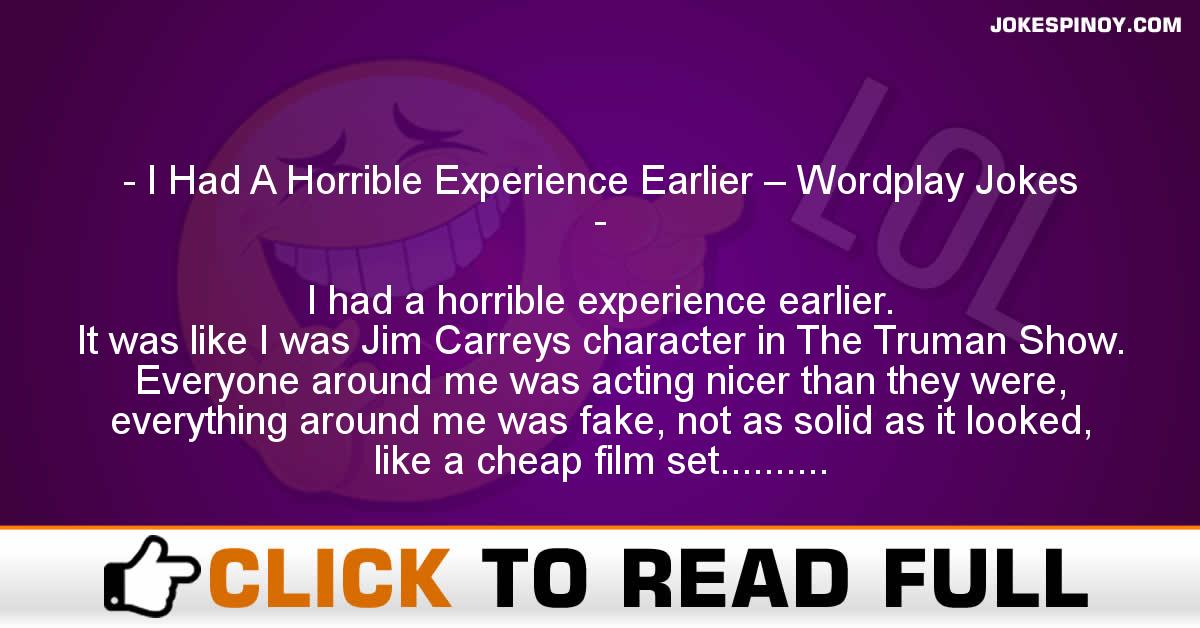 I had a horrible experience earlier.
It was like I was Jim Carreys character in The Truman Show.
Everyone around me was acting nicer than they were, everything around me was fake, not as solid as it looked, like a cheap film set…….
Could it be true? is life just a cruel joke? an experiment?
Then I found the Ikea exit!