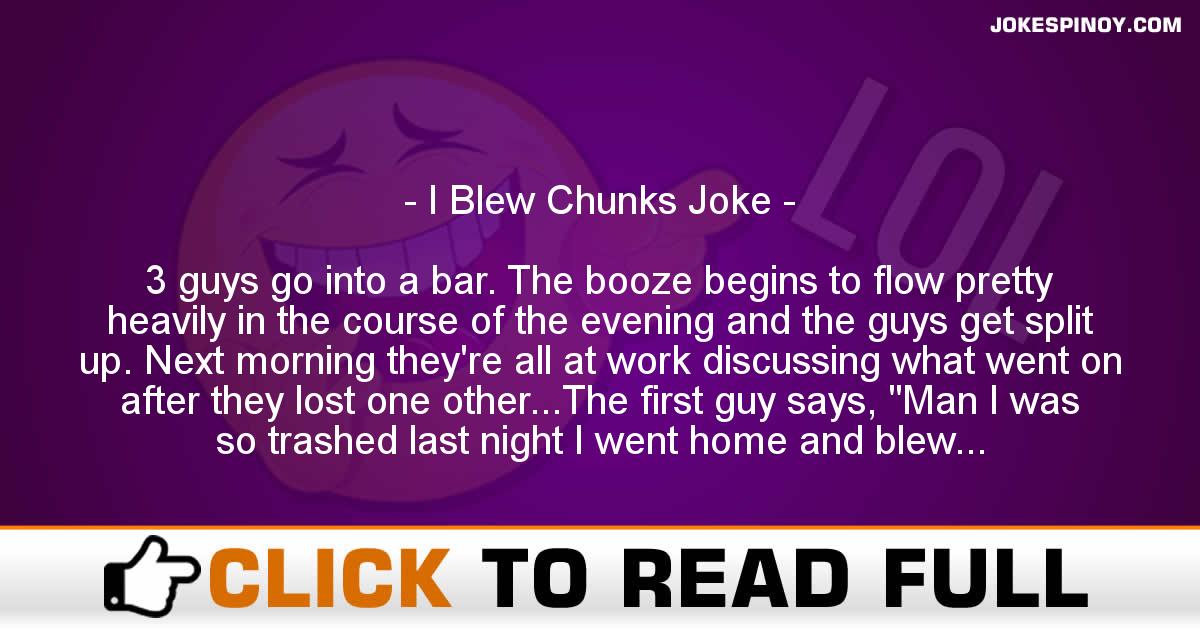 3 guys go into a bar. The booze begins to flow pretty heavily in the course of the evening and the guys get split up. Next morning they’re all at work discussing what went on after they lost one other…The first guy says, “Man I was so trashed last night I went home and blew chunks!”The second goes, “Shit that’s nothing I was so tanked that I drove my damn car into a tree. Totaled it. I have no idea what the cops are going to do!”The third guy says, “That’s nothing I was so drunk that I went home and starting cussing my girlfriend out and in the process knocked over a candle and it caught the whole damn apartment on fire – the insurance won’t cover it, plus my girlfriend left me.”The first guy leans back in and whispers, “I don’t think you guys understand, Chunks is my dog.”