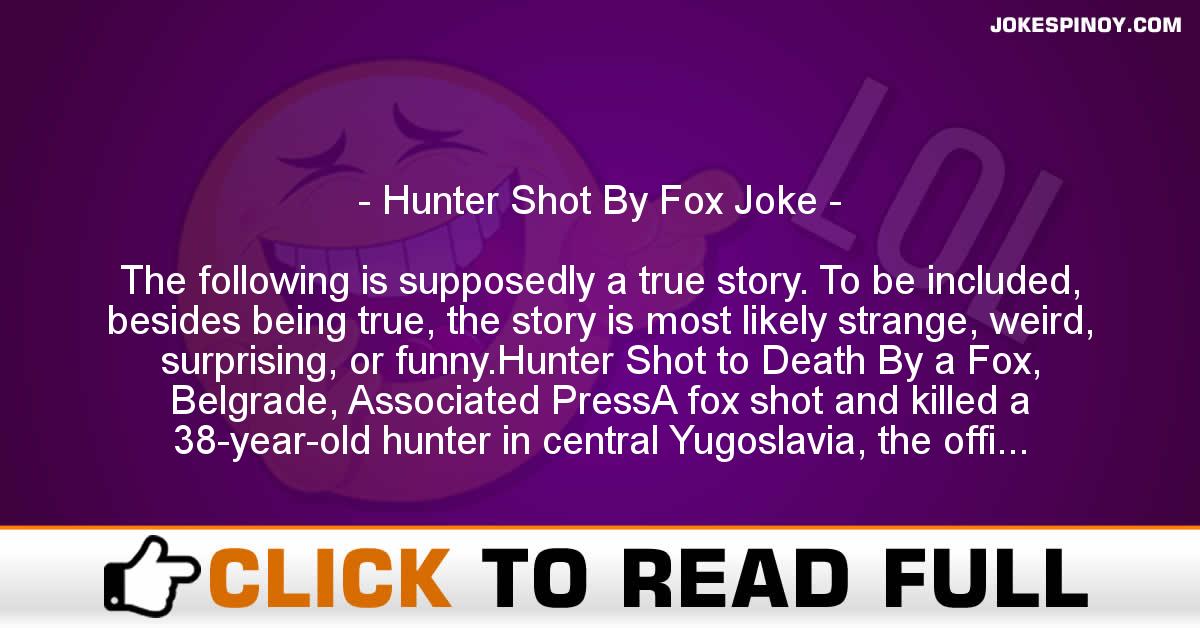 The following is supposedly a true story. To be included, besides being true, the story is most likely strange, weird, surprising, or funny.Hunter Shot to Death By a Fox, Belgrade, A*sociated PressA fox shot and killed a 38-year-old hunter in central Yugoslavia, the official Yugoslav news agency Tanjug reported yesterday.Salih Hajdur, a farmer from the village of Gornje Hrasno in the Republic of Bosnia-Hercegovina, went to a nearby forest Sunday to shoot a fox, Tanjug said.Hajdur wounded a fox in the leg, the agency said, but to spare the skin he did not fire again. Instead, he hit the animal with his refle butt. The struggling animal triggered a shot that hit Hajdur in the chest and killed him instantly, Tanjug said. The fox died later, Tanjug added.