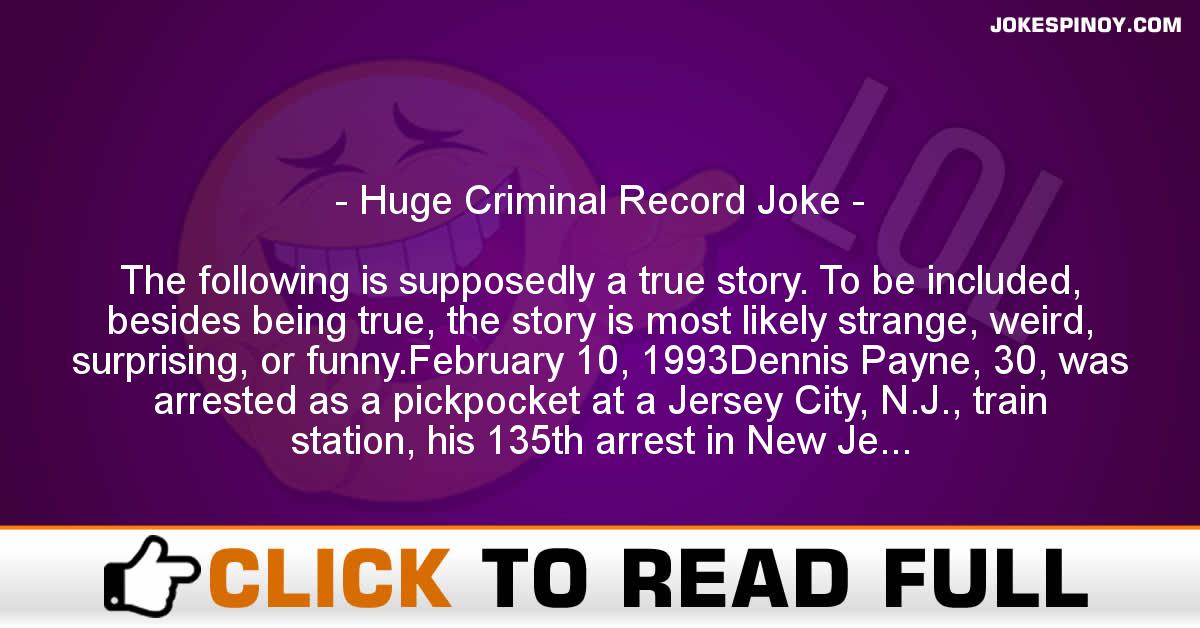 The following is supposedly a true story. To be included, besides being true, the story is most likely strange, weird, surprising, or funny.February 10, 1993Dennis Payne, 30, was arrested as a pickpocket at a Jersey City, N.J., train station, his 135th arrest in New Jersey and New York City since 1978. Police said it took a computer more than a half-hour to print out Payne’s arrest record.