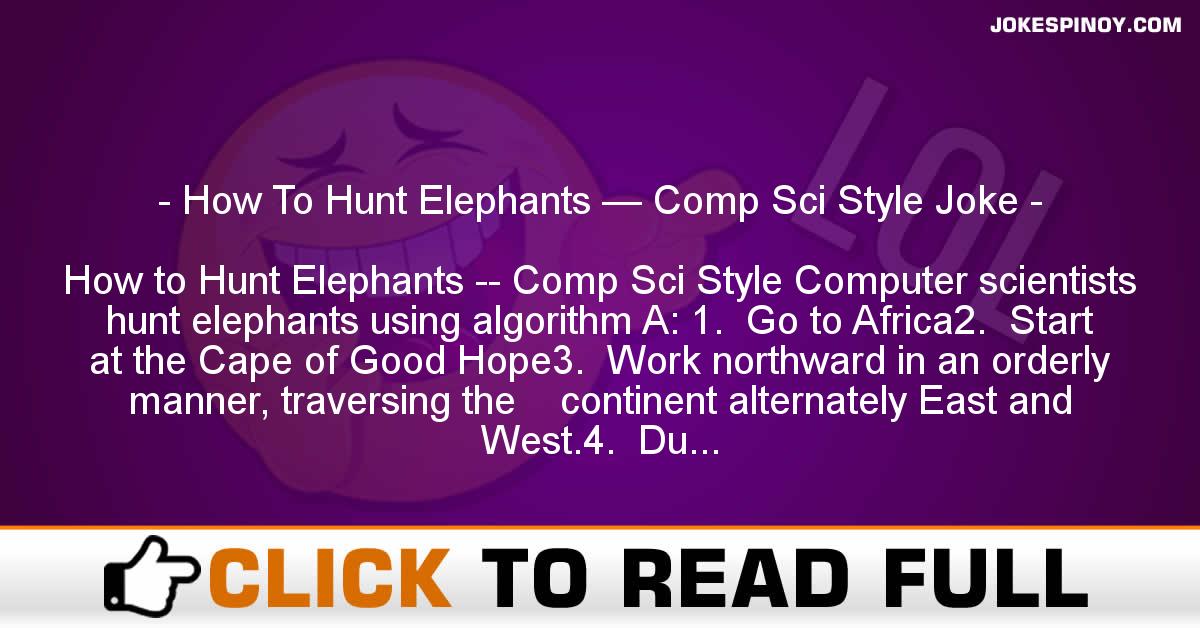 How to Hunt Elephants — Comp Sci Style Computer scientists hunt elephants using algorithm A: 1. Go to Africa2. Start at the Cape of Good Hope3. Work northward in an orderly manner, traversing the continent alternately East and West.4. During each traverse a. Catch each animal seen b. Compare each animal caught to a known elephant c. Stop when a match is detected. Experienced computer programmers modify Algorithm A byplacing a known elephant in Cairo to ensure that thealgorithm will terminate. Sent by Alex