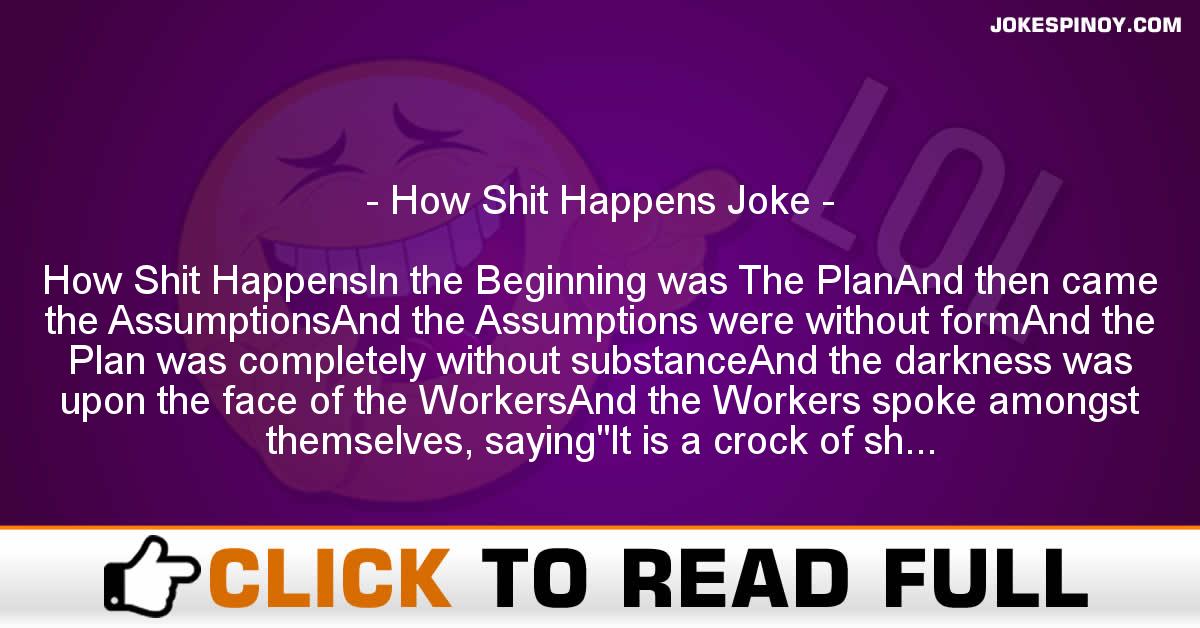 How Shit HappensIn the Beginning was The PlanAnd then came the AssumptionsAnd the Assumptions were without formAnd the Plan was completely without substanceAnd the darkness was upon the face of the WorkersAnd the Workers spoke amongst themselves, saying”It is a crock of shit, and it stinketh.”And the Workers went unto their Supervisors and sayeth,”It is a pail of dung and none may abide the odor thereof.”And the Supervisors went unto their Managers and sayeth unto them,”It is a container of excrement and it is very strong, such that none may abide by it.”And the Managers went unto their Directors and sayeth,”It is a vessel of fertilizer, and none may abide its strength.”And the Directors spoke among themselves, saying one to another,”It contains that which aids plant growth, and it is very strong.”And the Directors went unto the Vice Presidents and sayeth unto them,”It promotes growth and is very powerful.”And the Vice Presidents went unto the President and sayeth unto him,”This new Plan will actively promote the growth and efficiency of this Company, and in these Areas in particular.”And the President looked upon The Plan,And saw that it was good, and The Plan became Policy.And this is how Shit Happens.