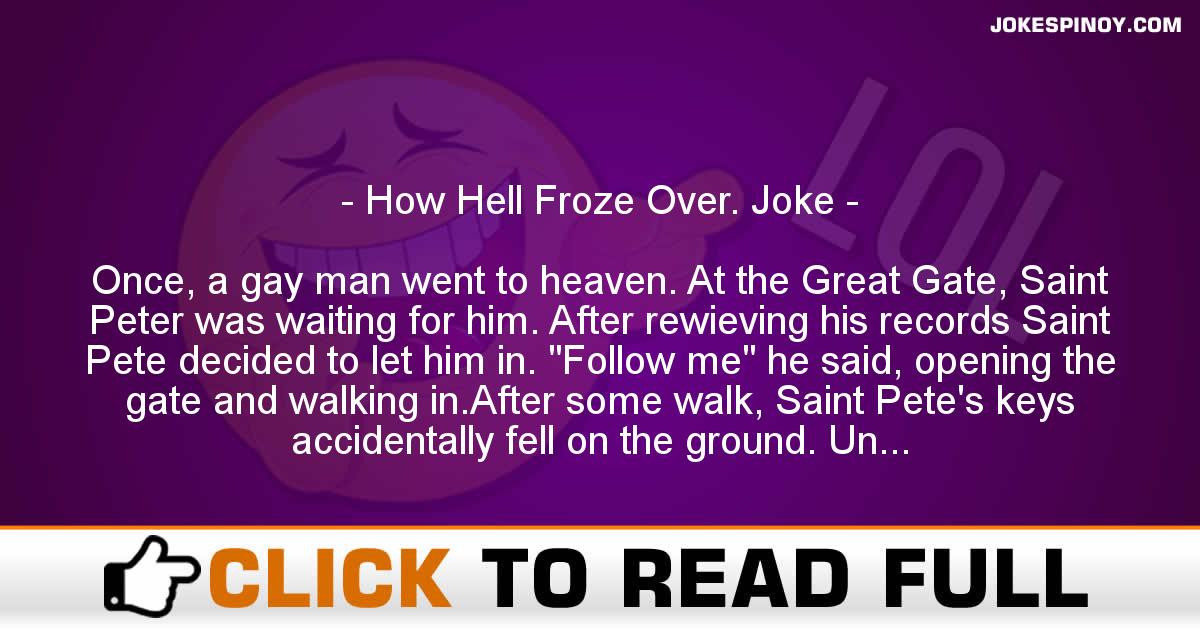 Once, a g*y man went to heaven. At the Great Gate, Saint Peter was waiting for him. After rewieving his records Saint Pete decided to let him in. “Follow me” he said, opening the gate and walking in.After some walk, Saint Pete’s keys accidentally fell on the ground. Unaware, he bent over to pick up the keys. That was something the g*y man just couldn’t resist, so he jumped on him and did his thing. Saint Pete was furious.”If you do that again, You’ll go straight to hell! But follow me, we’re almost there.”After some more walk, Pete dropped his keys again, and again, the g*y man jumped on him. Saint Pete was even more furious than before, but decided to give the g*y guy one last chance.Again they walk and for the third time Pete drops his keys, so he bends over and picks them up. The g*y guy, having no self control jumps on him. Pete is now fed up and sends the g*y guy straight to hell.A few weeks later, Saint Pete goes down to hell for his routine inspection, but this time something is wrong, it is freezing, no fire, no lava and in one corner, he finds the devil lying under a stack of blankets freezing his a*s of.”Why is it so god damn cold down here? “Pete asks.”Well you just try bending down for firewood!!” The devil replied.