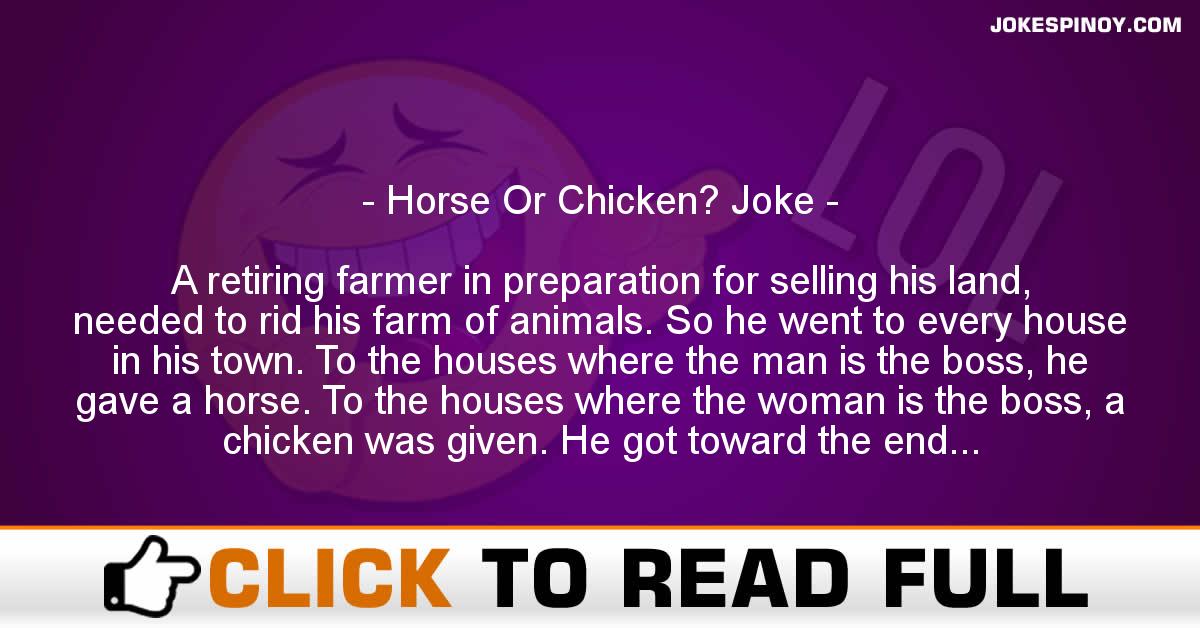 A retiring farmer in preparation for selling his land, needed to rid his farm of animals. So he went to every house in his town. To the houses where the man is the boss, he gave a horse. To the houses where the woman is the boss, a chicken was given. He got toward the end of the street and saw a couple outside gardening. “Who’s the boss around here?” he asked. “I am.” said the man. “I have a black horse and a brown horse,” the farmer said, “which one would you like?” The man thought for a minute and said, “The black one.” “No, no, no, get the brown one.” the man’s wife said. “Here’s your chicken.” said the farmer.