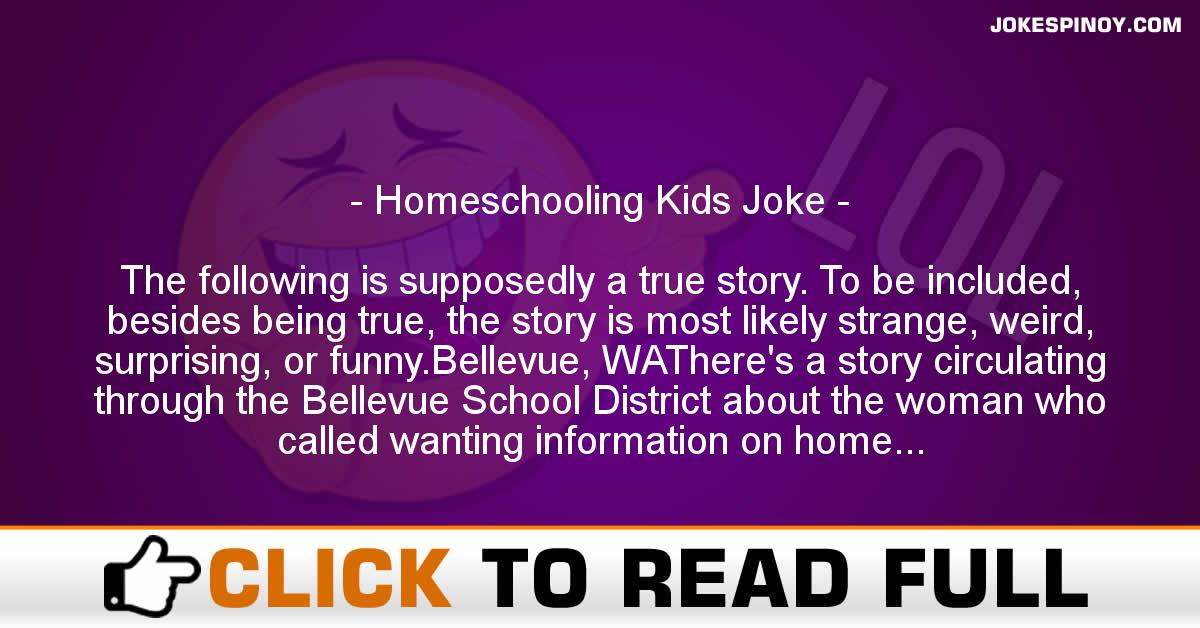 The following is supposedly a true story. To be included, besides being true, the story is most likely strange, weird, surprising, or funny.Bellevue, WAThere’s a story circulating through the Bellevue School District about the woman who called wanting information on home schooling.Both Lake Washington (Renton, WA) and Bellevue districts are noted for their support of home schoolers, and the Bellevue spokesperson was explaining procedures and what to do to the mother on the telephone.Among other things, the mother needed to file a declaration of intent, a kind of home school registration. The spokeswoman offered to send out the proper form.The mother gave a Renton address.The spokeswoman suggested registering the children in her home district in Renton, the Lake Washington School District.”No way,” said the mother. “Everyone knows Bellevue schools are much better than Renton schools.”