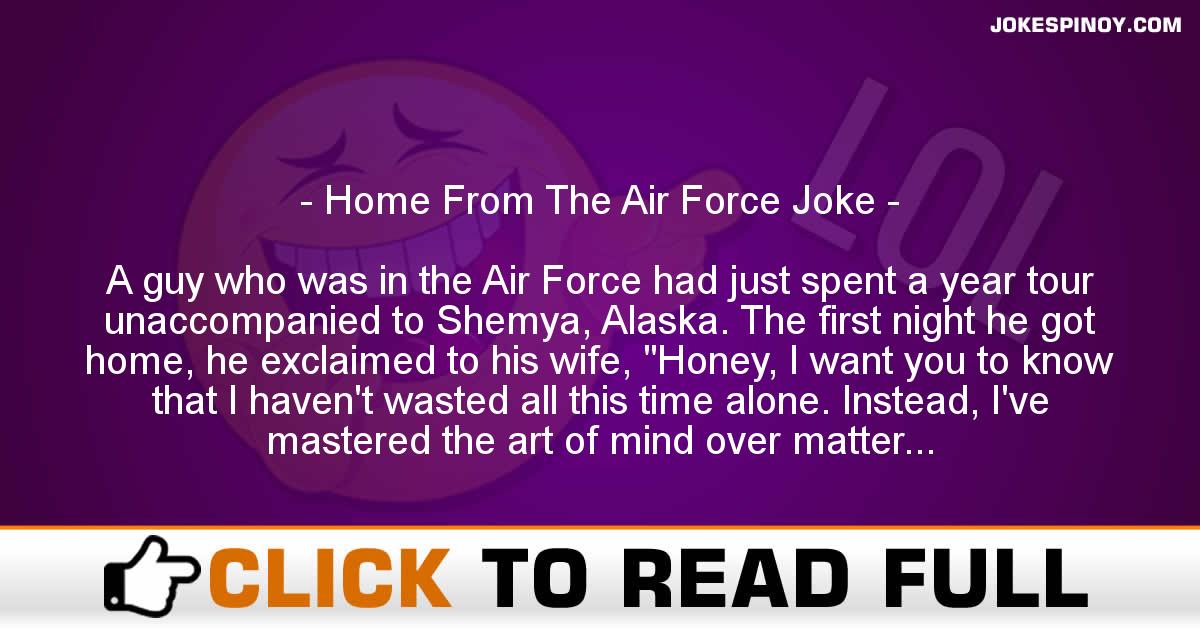 A guy who was in the Air Force had just spent a year tour unaccompanied to Shemya, Alaska. The first night he got home, he exclaimed to his wife, “Honey, I want you to know that I haven’t wasted all this time alone. Instead, I’ve mastered the art of mind over matter. Just watch this!” And with that he dropped his trousers and shorts and stood before her in his altogether. “Now watch,” he said. Next he said, “Dick, ten-HUT!” And with that, his dick sprang to full erection. Then he said, “Dick, at EASE!” And his dick deflated again. “Wow, that was amazing,” said his wife. “Do you mind if I bring our next-door neighbor over to see this? It’s really something else!” The guy responded that he didn’t mind at all, since he was proud of what he had accomplished. So the wife goes next door and comes back with a delicious looking woman who got this guy’s full attention! After a brief pause to take her in, he said, “Now watch this.” Then he said “Dick, ten-HUT!” And the dick sprang to life. Then it was “Dick, at EASE!” But nothing happened. So the guy again said, “Dick, at EASE!” But still nothing happened. So the guy now says,”For the last time, you son-of-a-bitch, I said AT EASE!!” Still nothing. Well, the guy was embara*sed and ran off to the bathroom. His wife made excuses for him and then joined her husband in the bathroom, where she found him masturbating. “What in the world are you doing?” she asked. The guy says, “I’m givin’ this son-of-a-bitch a dishonorable discharge!”