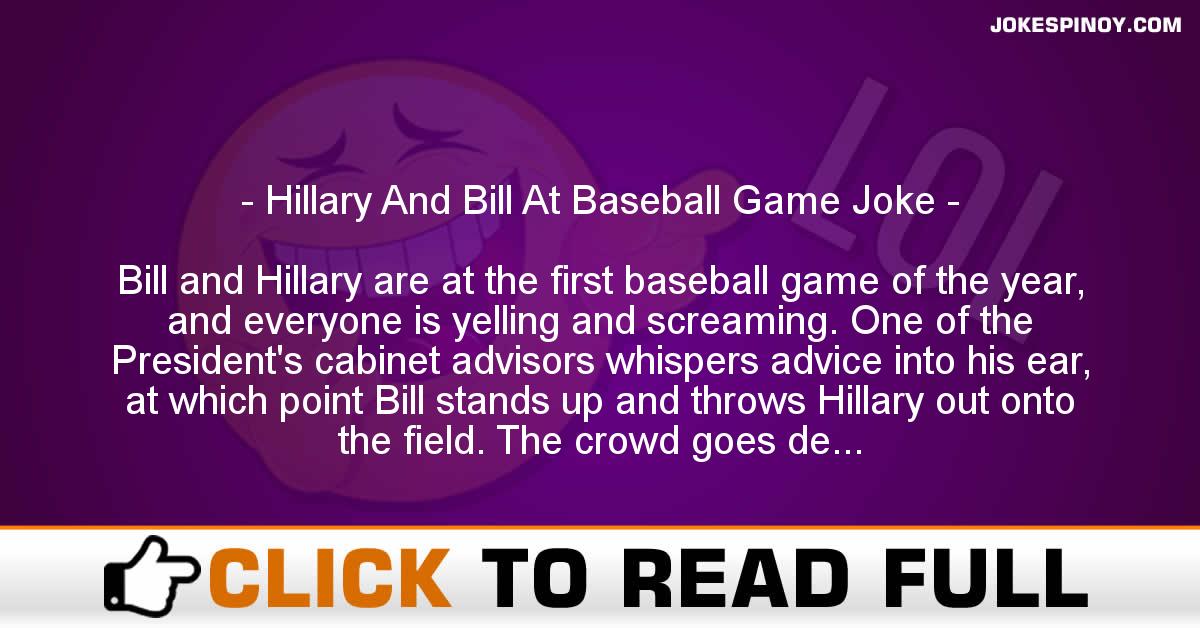 Bill and Hillary are at the first baseball game of the year, and everyone is yelling and screaming. One of the President’s cabinet advisors whispers advice into his ear, at which point Bill stands up and throws Hillary out onto the field. The crowd goes deathly silent and the advisor says, “No, sir, what I said was, they want you to throw out the first pitch.”