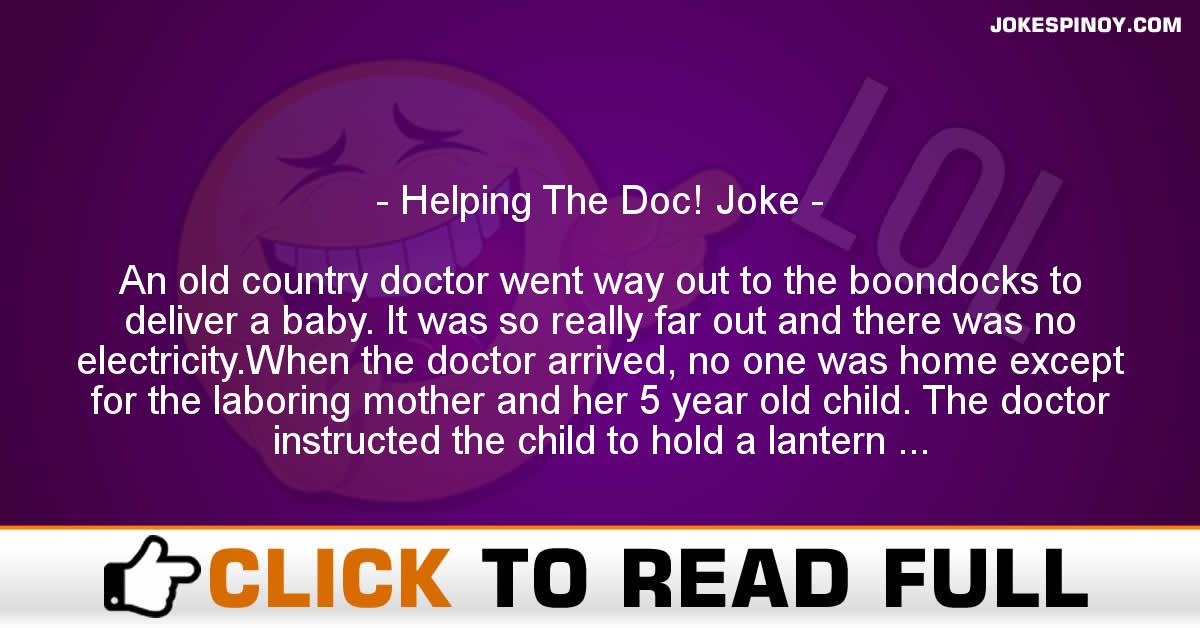 An old country doctor went way out to the boondocks to deliver a baby. It was so really far out and there was no electricity.When the doctor arrived, no one was home except for the laboring mother and her 5 year old child. The doctor instructed the child to hold a lantern high so he could see while he helped the woman deliver the baby.The child did so, the mother pushed, and after a little while, the doctor lifted the newborn baby by the feet and spanked him on the bottom to get him to take his first breath.”Hit him again Doc, Hit him again!” the 5 yr. old said.”He shouldn’t have crawled up there in the first place!!”