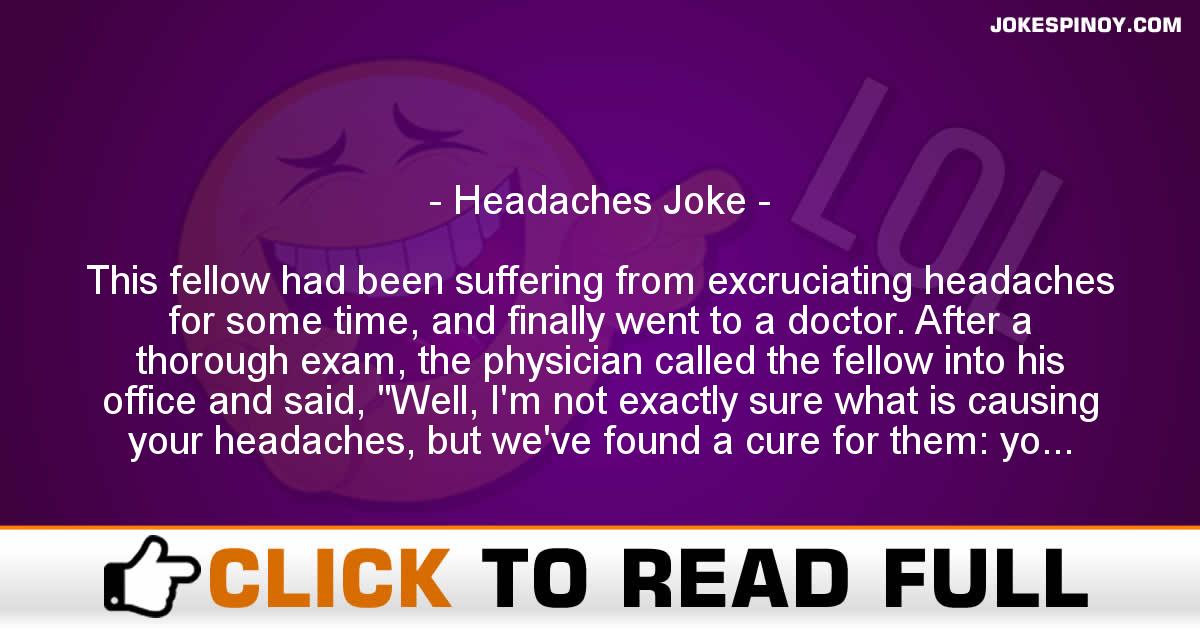 This fellow had been suffering from excruciating headaches for some time, and finally went to a doctor. After a thorough exam, the physician called the fellow into his office and said, “Well, I’m not exactly sure what is causing your headaches, but we’ve found a cure for them: you’ll have to be castrated.”The man, needless to say, was taken aback, and told his doctor that he believed he would try to bear the pain. But as time went on, the headaches only got worse, and finally, the poor fellow was driven back to the doctor.”All right, I guess I’ll have the operation,” he said.When it was all over, the man was understandably depressed, and his physician told him, “I recommend you begin life anew. Start over from this point.”So the man decided to take the advice and went to a men’s shop for a new set of clothes. The proprietor said, “Starting with the suit, looks like you take about a 38-regular.””That’s right,” exclaimed the man, “How’d you know?””Well, when you’ve been in the business as long as I have, you get pretty good at sizing a man up,” replied the salesman. “Now, for a shirt, looks like about a 15 long.””Right again,” the man said.The proprietor suggested, “And for undershorts, I’d say a size 36.””There’s your first mistake,” the man said, “I’ve worn 34’s for years.””No, you’re a size 36 if I’ve ever seen one,” said the owner.The man replied, “I ought to know what size undershorts I wear, and I’ll take 34.”The owner replied, “Well all right, if you insist, but they’re going to pinch your balls and give you headaches!!”