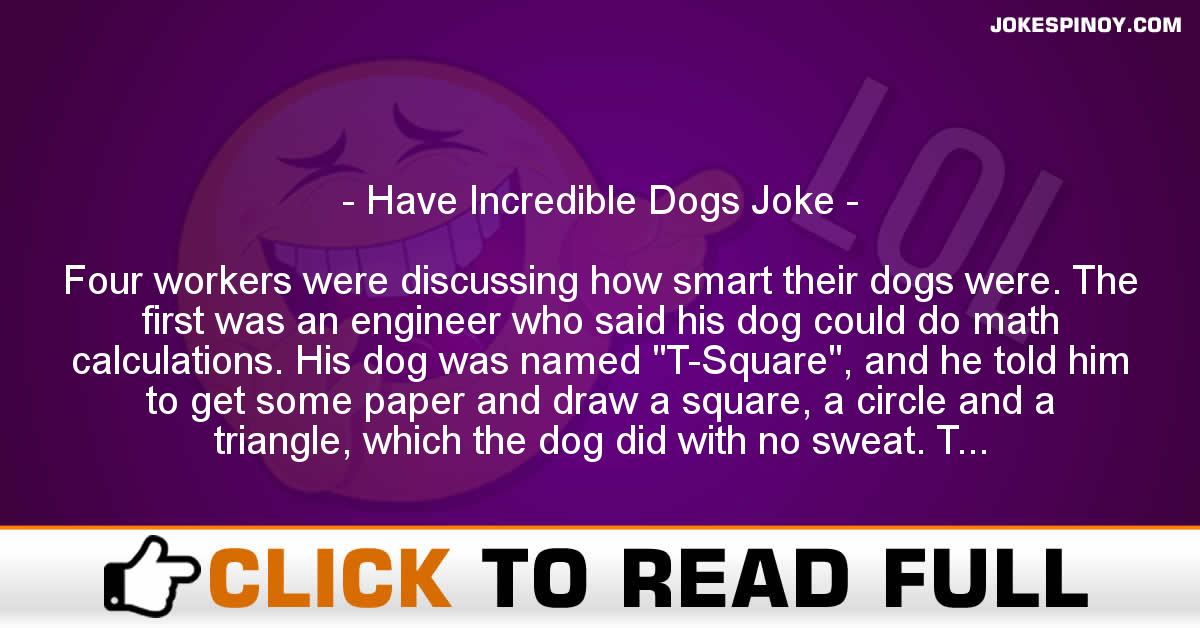 Four workers were discussing how smart their dogs were. The first was an engineer who said his dog could do math calculations. His dog was named “T-Square”, and he told him to get some paper and draw a square, a circle and a triangle, which the dog did with no sweat. The accountant said he thought his dog was better. His dog was named “Slide Rule”. He told him to fetch a dozen cookies, bring them back, and divide them into piles of three, which he did with no problem. The chemist said that was good, but he felt his dog was better. His dog “Measure” was told to get a quart of milk and pour seven ounces into a ten ounce gla*s. The dog did this with no problem. All three men agreed this was very good and that their dogs were equally smart. They all turned to the union member and said, “What can your dog do?”. The Teamster called his dog whose name was “Coffee Break” and said, “Show the fellows what you can do”. Coffee Break went over and ate the cookies, drank the milk, went to the bathroom on the paper, claimed he injured his back while eating, filed a grievance for unsafe working conditions, applied for Workmen’s Compensation and left for home on sick leave.