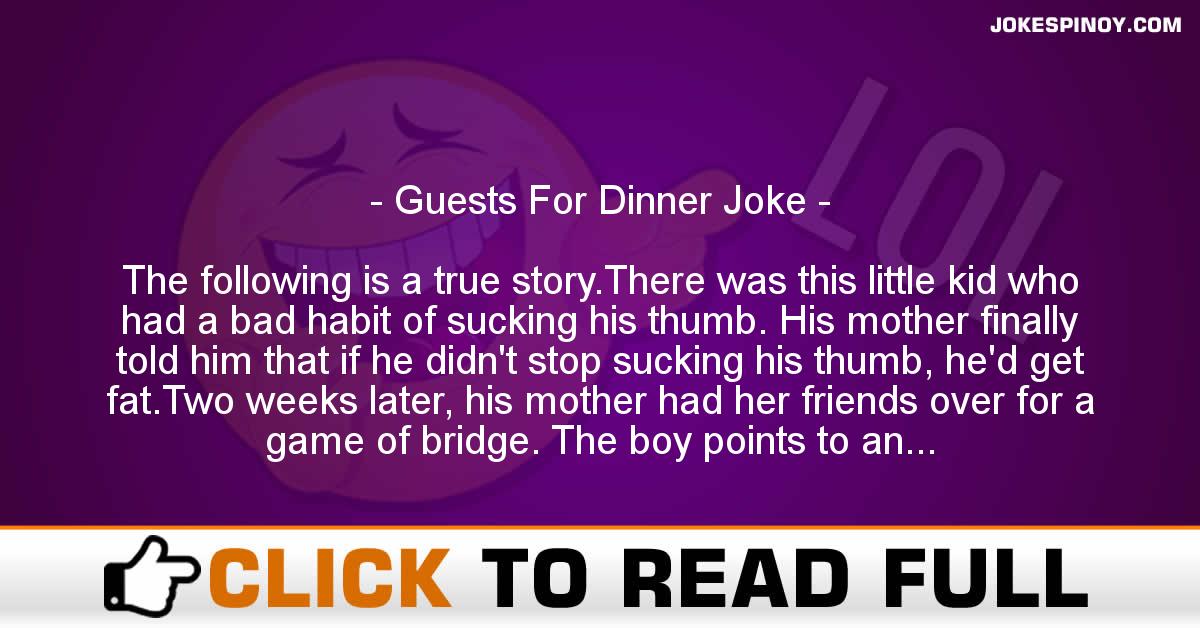 The following is a true story.There was this little kid who had a bad habit of sucking his thumb. His mother finally told him that if he didn’t stop sucking his thumb, he’d get fat.Two weeks later, his mother had her friends over for a game of bridge. The boy points to an obviously pregnant woman and says, “Ah, ha! I know what you’ve been doing!”