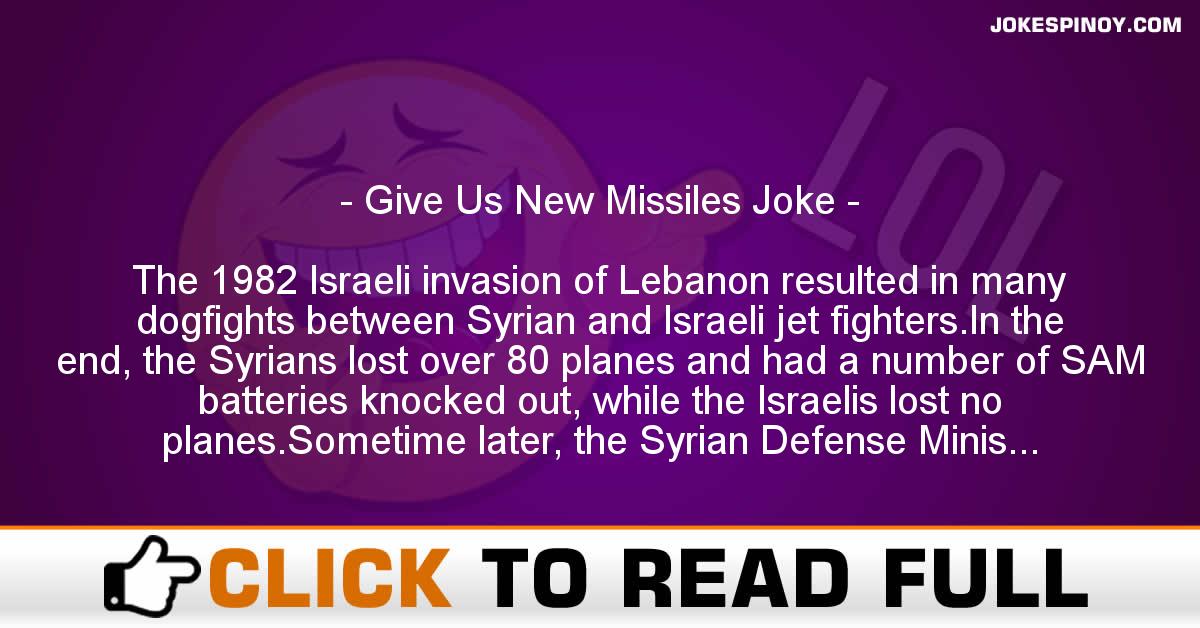 The 1982 Israeli invasion of Lebanon resulted in many dogfights between Syrian and Israeli jet fighters.In the end, the Syrians lost over 80 planes and had a number of SAM batteries knocked out, while the Israelis lost no planes.Sometime later, the Syrian Defense Minister was shopping for weapons in Moscow.His host, the Soviet Defense Minister, was embarra*sed about the scorecard from Lebanon.He told his Syrian guest, “Take anything you want – our best tanks, rifles, or surface-to-air missiles.””No, no – you don’t understand!” the Syrian replied. “Last time you gave us surface-to-air missiles. This time we need surface-to-*jet* missiles!”