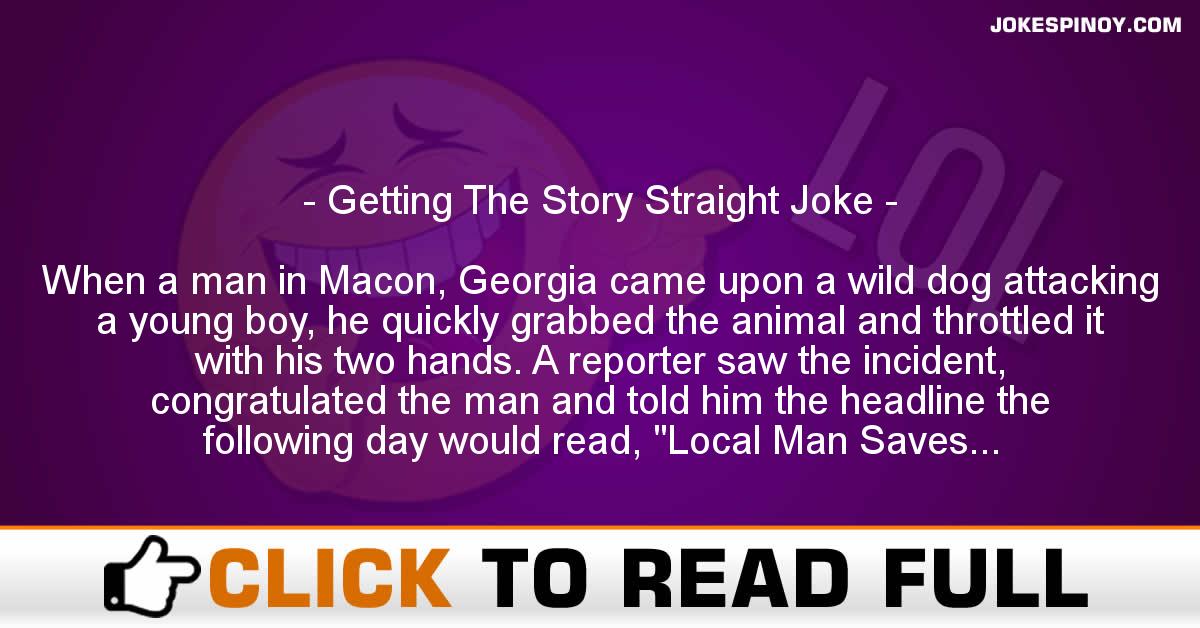 When a man in Macon, Georgia came upon a wild dog attacking a young boy, he quickly grabbed the animal and throttled it with his two hands. A reporter saw the incident, congratulated the man and told him the headline the following day would read, “Local Man Saves Child by Killing Vicious Animal.” The hero, however, told the journalist that he wasn’t from Macon. “Well, then,” the reporter said, “the headline will probably say, “Georgia Man Saves Child by Killing Dog.” “Actually,” the man said, “I’m from Connecticut.” “In that case,” the reporter said in a huff, “the headline will read, “Yankee Kills Family Pet.”