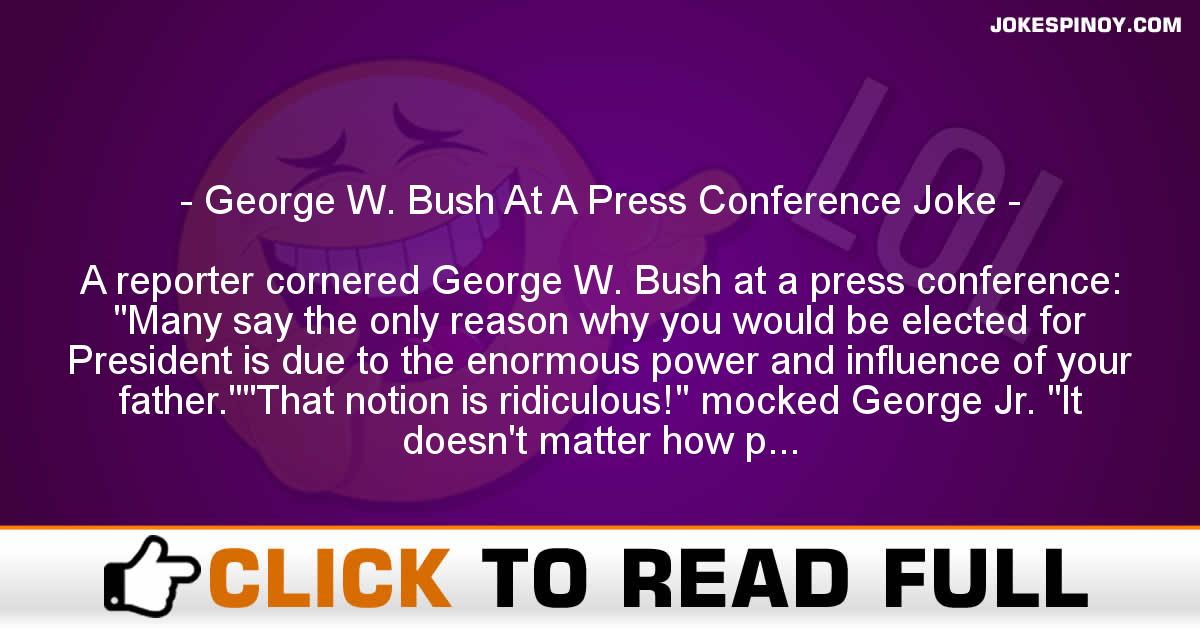 A reporter cornered George W. Bush at a press conference: “Many say the only reason why you would be elected for President is due to the enormous power and influence of your father.””That notion is ridiculous!” mocked George Jr. “It doesn’t matter how powerful the man is. He can only vote once!”