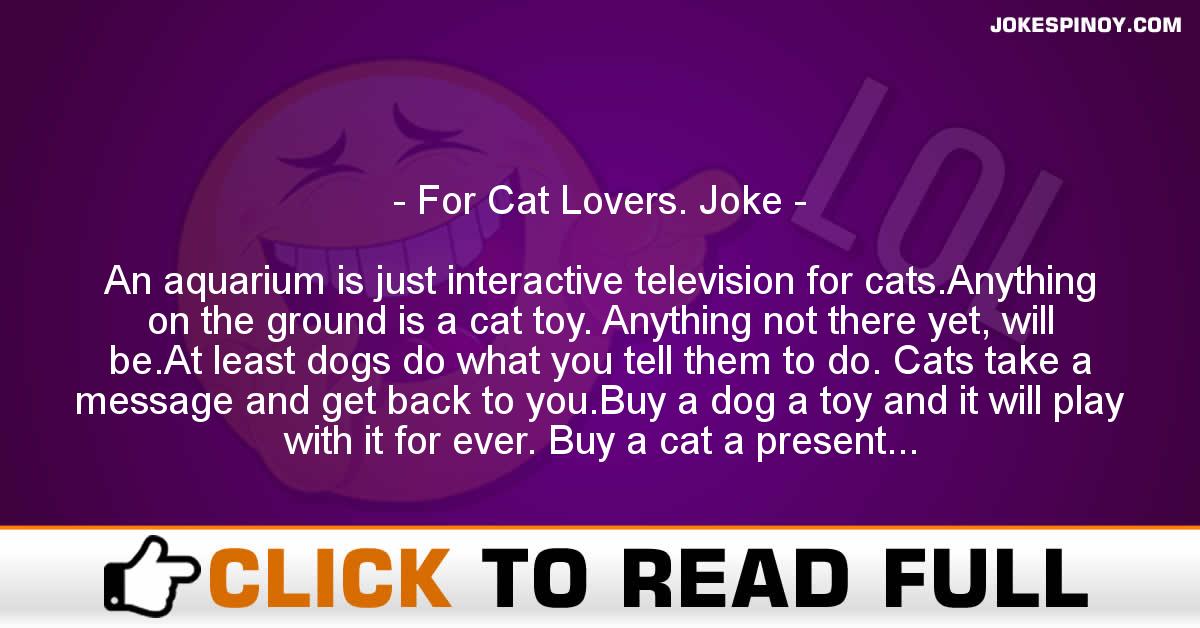 An aquarium is just interactive television for cats.Anything on the ground is a cat toy. Anything not there yet, will be.At least dogs do what you tell them to do. Cats take a message and get back to you.Buy a dog a toy and it will play with it for ever. Buy a cat a present and it will play with the wrapper for 10 minutes.Cat’s motto: No matter what you’ve done wrong, always try to make it look like the dog did it.Cat rule #2: Bite the hand that won’t feed you fast enough.Cats are rather delicate creatures and they are subject to a good many ailments, but I never heard of one who suffered from insomnia.Cats are smarter than dogs. You can’t get eight cats to pull a sled through snow.Cats aren’t clean, they’re just covered with cat spit.Cats don’t hunt seals. They would if they knew what they were and where to find them. But they don’t, so that’s all right.Cats instinctively know the exact moment their owners will wake up. Then they wake them 10 minutes sooner.Cats know what we feel. They don’t care, but they know.Cats seem to go on the principle that it never does any harm to ask for what you want.Dogs have owners. Cats have staff.Dogs believe they are human. Cats believe they are God.I had to get rid of my wife. The cat was allergic.I have studied many philosophers and many cats. The wisdom of cats is infinitely superior.In a cat’s eye, all things belong to cats.On the Internet, nobody knows you’re a cat.One cat just leads to another.People that hate cats will come back as mice in their next life.Some people say that cats are sneaky, evil, and cruel. True, and they have many other fine qualities as well.There are many intelligent species in the universe. They are all owned by cats.When I wash the cat, it takes me hours to get the hair off my tongue.You can always tell a cat, but you can’t tell him much.