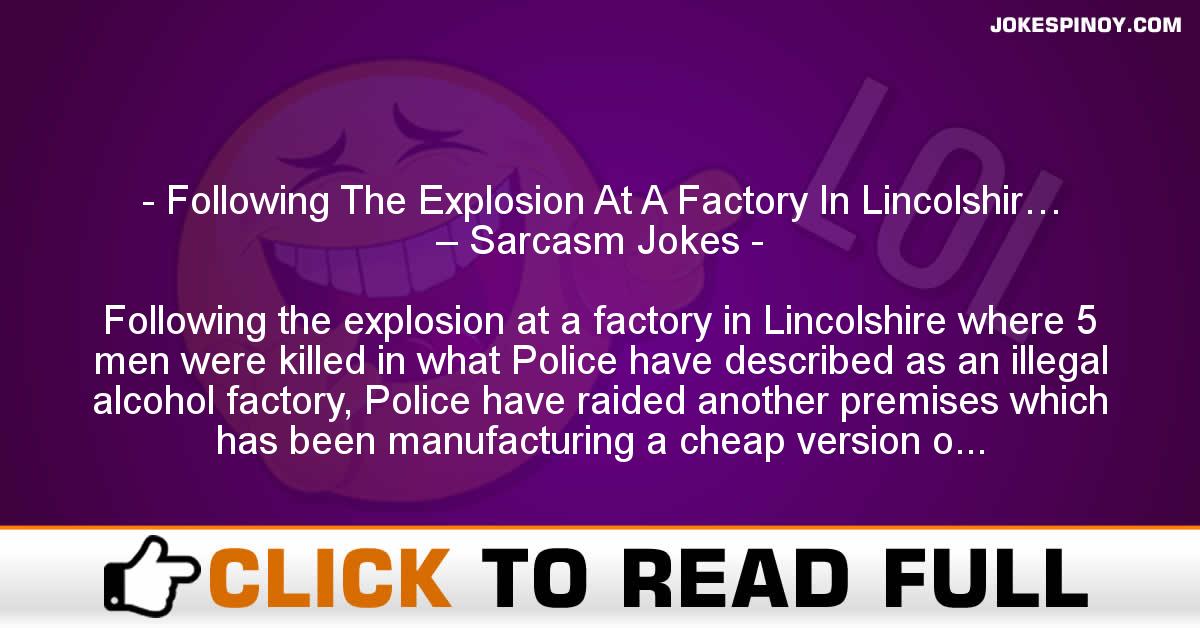 Following the explosion at a factory in Lincolshire where 5 men were killed in what Police have described as an illegal alcohol factory, Police have raided another premises which has been manufacturing a cheap version of Carling.
Police have told the public that they can recognise it by the label of “Fosters”