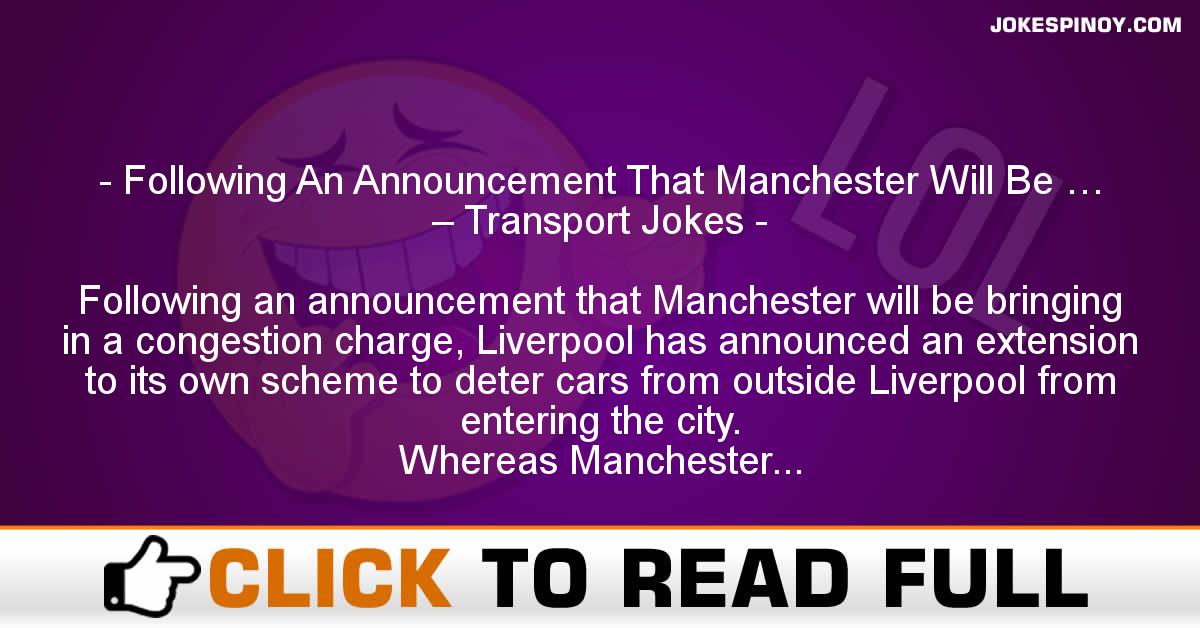 Following an announcement that Manchester will be bringing in a congestion charge, Liverpool has announced an extension to its own scheme to deter cars from outside Liverpool from entering the city.
Whereas Manchester and London’s respective schemes are administered by Metropolitan authorities and link charge payments to improvements in public transport, the Liverpool scheme is administered by local scallies on stolen push bikes and the charge is linked to you not having your tyres slashed, windows smashed with a brick and your car radio stolen.