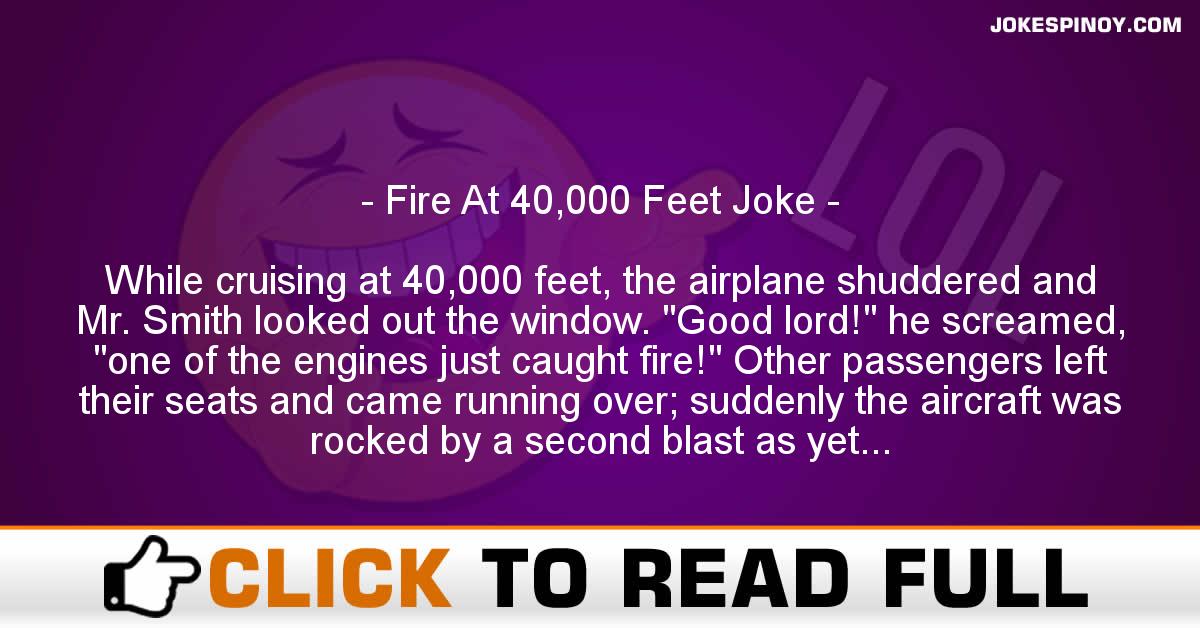 While cruising at 40,000 feet, the airplane shuddered and Mr. Smith looked out the window. “Good lord!” he screamed, “one of the engines just caught fire!” Other pa*sengers left their seats and came running over; suddenly the aircraft was rocked by a second blast as yet another engine caught fire on the other side. The pa*sengers were in a panic now, and even the stewardesses couldn’t maintain order.Just then, standing tall and smiling confidently, the pilot strode from the c**kpit and a*sured everyone that there was nothing to worry about. His words and his demeanor made most of the pa*sengers feel better, and they sat down as the pilot calmly walked to the door of the aircraft.There, he grabbed several packages from under the seats and began handing them to the flight attendants. Each crew member attached one of the packages to their backs. “Say,” an alert pa*senger spoke up, “aren’t those parachutes?” The pilot said they were. The pa*senger went on, “But I thought you said there was nothing to worry about?””There isn’t,” replied the pilot as a third engine exploded. “We’re going to get help.”