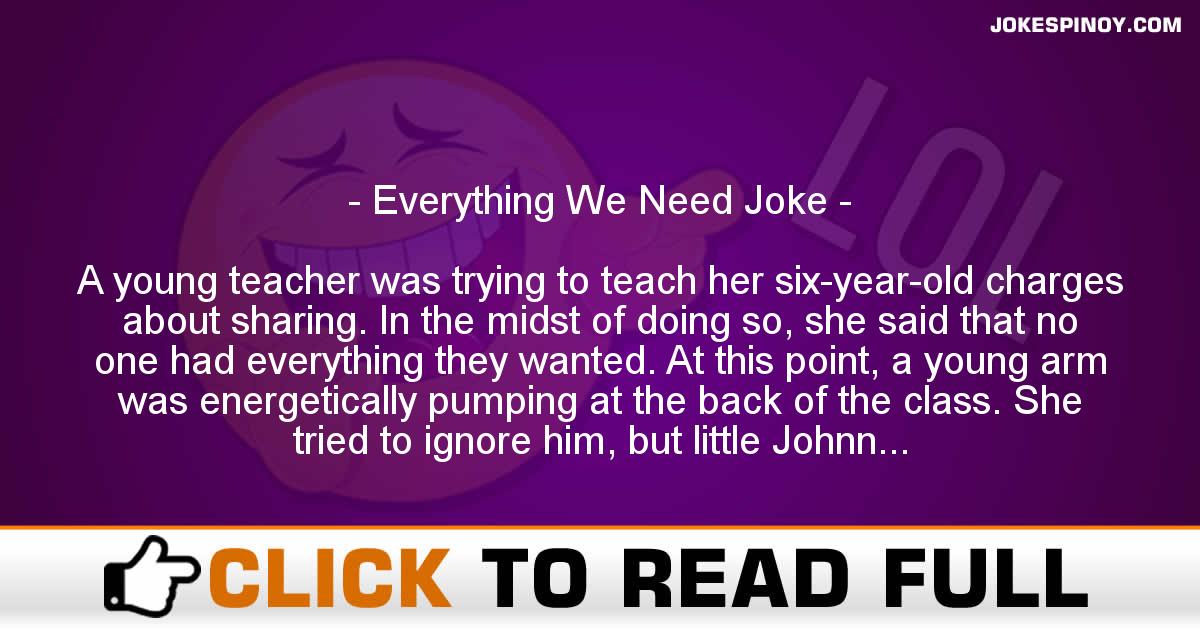 A young teacher was trying to teach her six-year-old charges about sharing. In the midst of doing so, she said that no one had everything they wanted. At this point, a young arm was energetically pumping at the back of the cla*s. She tried to ignore him, but little Johnny started saying, “oh miss, oh miss!” with his arm pumping.”Yes, Johnny, what is it?” she asked, trying to remain calm. Little Johnny stood up and proclaimed to the cla*s, “at our house, we have everything.””Don’t be silly,” the teacher replied, “not even the richest man has everything.””We do,” he answered, “My daddy said so the other day.””Now, why would your father say such a thing?” she asked.”Well, my fifteen year old sister came home with her skinhead boyfriend, and told poppa she was pregnant. That’s when my dad said “God, that’s all we needed.”