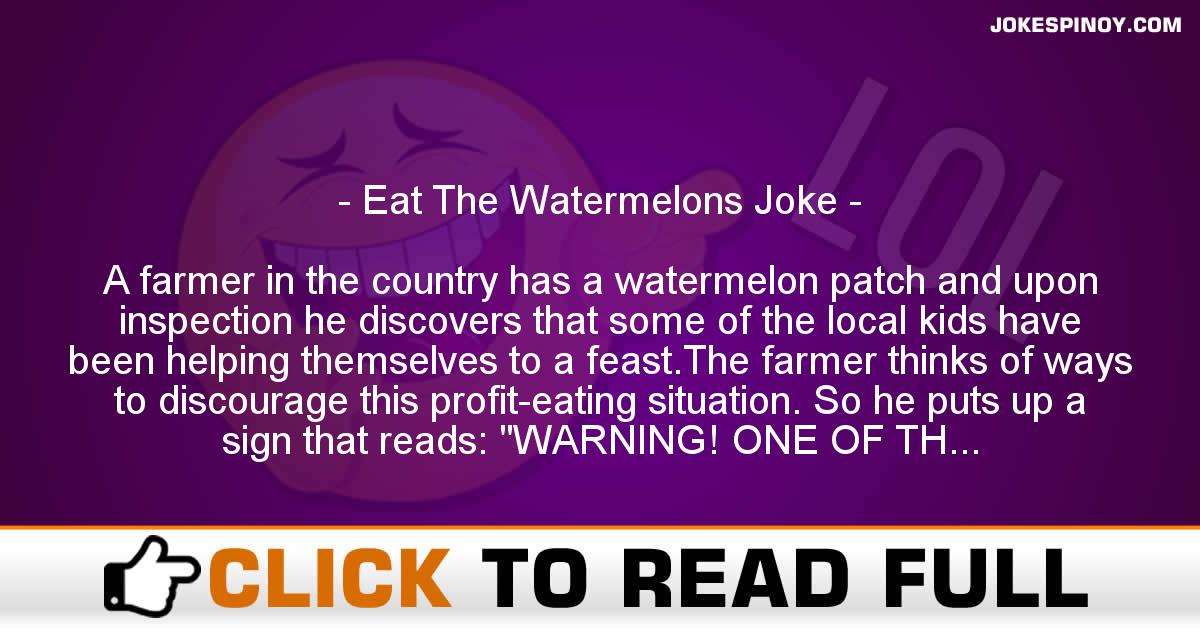 A farmer in the country has a watermelon patch and upon inspection he discovers that some of the local kids have been helping themselves to a feast.The farmer thinks of ways to discourage this profit-eating situation. So he puts up a sign that reads: “WARNING! ONE OF THESE WATERMELONS CONTAINS CYANIDE!”He smiled smugly as he watched the kids run off the next night without eating any of his melons. The farmer returns to the watermelon patch a week later to discover that none of the watermelons have been eaten, but finds another sign that reads: “NOW THERE ARE TWO!”