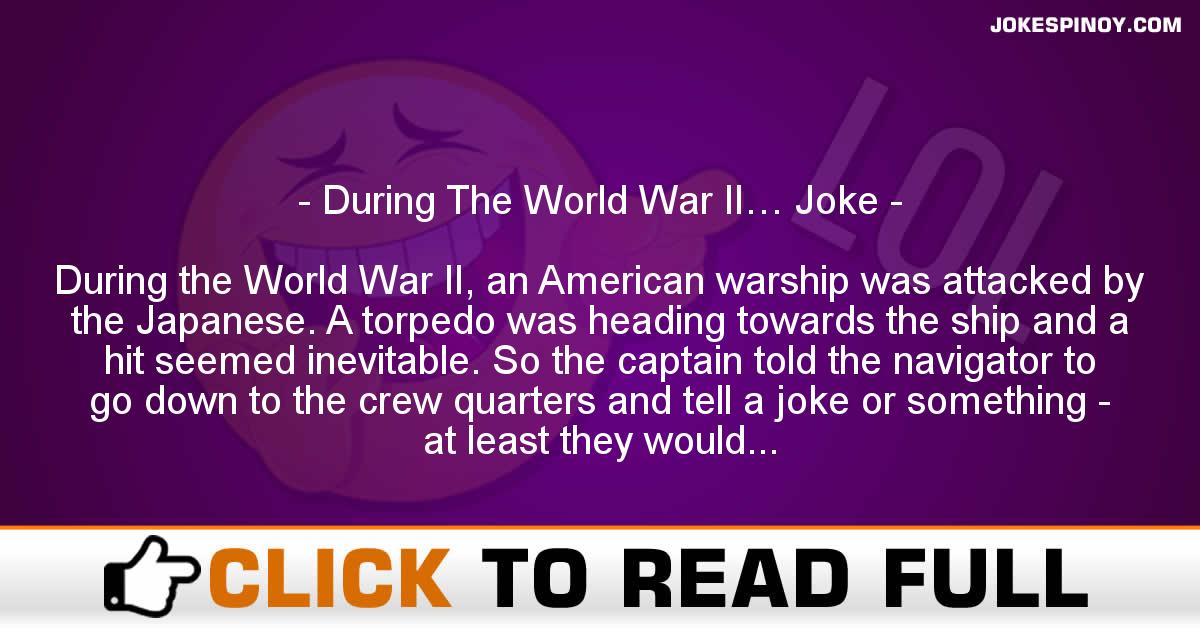 During the World War II, an American warship was attacked by the Japanese. A torpedo was heading towards the ship and a hit seemed inevitable. So the captain told the navigator to go down to the crew quarters and tell a joke or something – at least they would die laughing. The navigator went down and said to the crew, “What would you think if I could split the whole ship in two by hitting my dick against the table?”The crew burst laughing. So the navigator pulled his dick out and whammed it on the table. Just when the dick hit the table, a huge explosion tore the ship apart. The only survivors were the captain and the navigator. As they floated around in a lifeboat captain asked the navigator, “Well, the crew really laughed. What did you do?” The navigator told him.The captain replied, “Well, you better be careful with that dick of yours. The torpedo missed!”