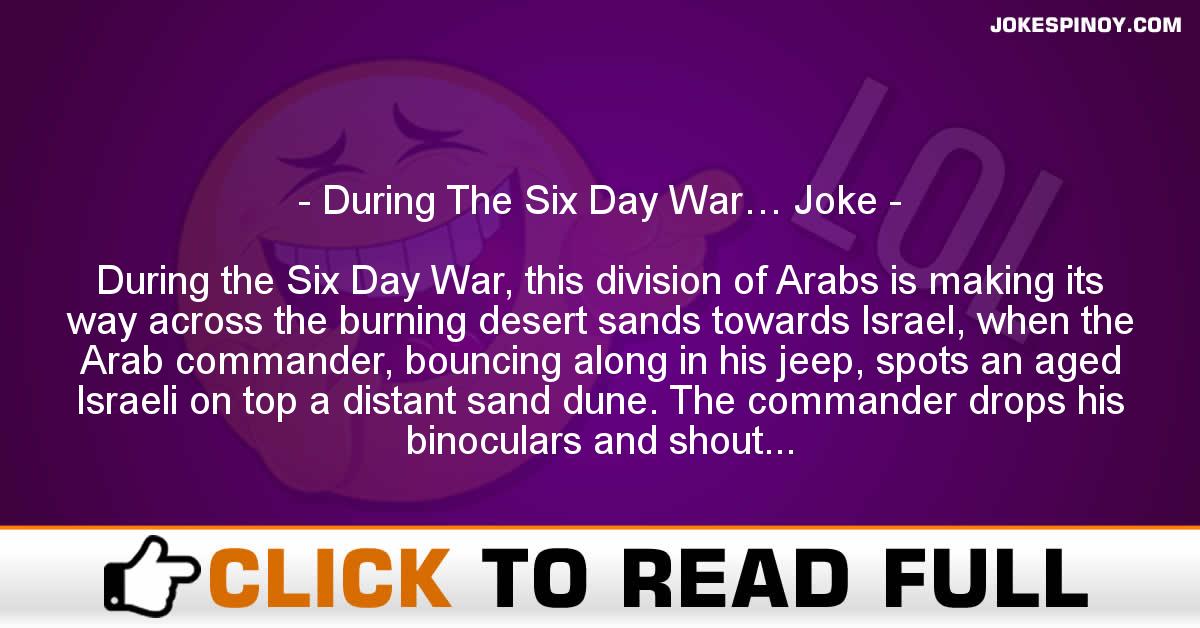 During the Six Day War, this division of Arabs is making its way across the burning desert sands towards Israel, when the Arab commander, bouncing along in his jeep, spots an aged Israeli on top a distant sand dune. The commander drops his binoculars and shouts orders to a foot soldier to run up ahead and kill the infidel Israeli. The soldier sprints ahead of theadvancing troops, and soon disappears over the sand dune. The general stops the troops and waits to see what happens.Nothing happens. The commander sends a whole platoon of soldiers to investigate. All twelve Arabs disappear over the sand dune, never to be seen again. The now-slightly-anxious commander dispatches 3 tanks to find out just what in the heck is going on, and they disappear over the dune, too. Sweat pours down the commander’s forehead as he orders his entiredivision to overrun the solitary Israeli behind the sand dune.But just then, the first soldier reappears on the distant sand dune and cups his hands to his lips. “Go back!” he shouts. “Go back! It’s hopeless– there’s TWO of them!”