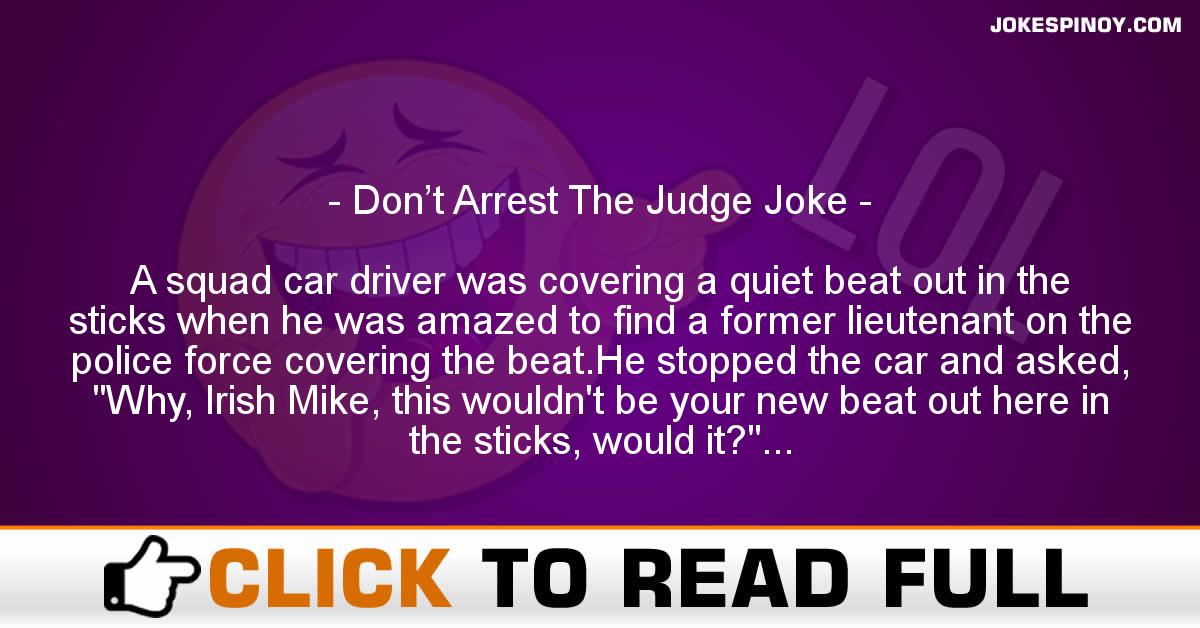 A squad car driver was covering a quiet beat out in the sticks when he was amazed to find a former lieutenant on the police force covering the beat.He stopped the car and asked, “Why, Irish Mike, this wouldn’t be your new beat out here in the sticks, would it?””That it is, “Irish Mike replied grimly, “ever since I arrested the judge on his way to the masquerade ball.””You mean you pinched his honor?” asked Pat.”How was I to know that his convict suit was only a costume?” demanded Mike.”Well,” mused Pat, “there’s a lesson in this somewhere.””That there is,” replied Irish Mike….” ‘Tis wise never to book a judge by his cover.”