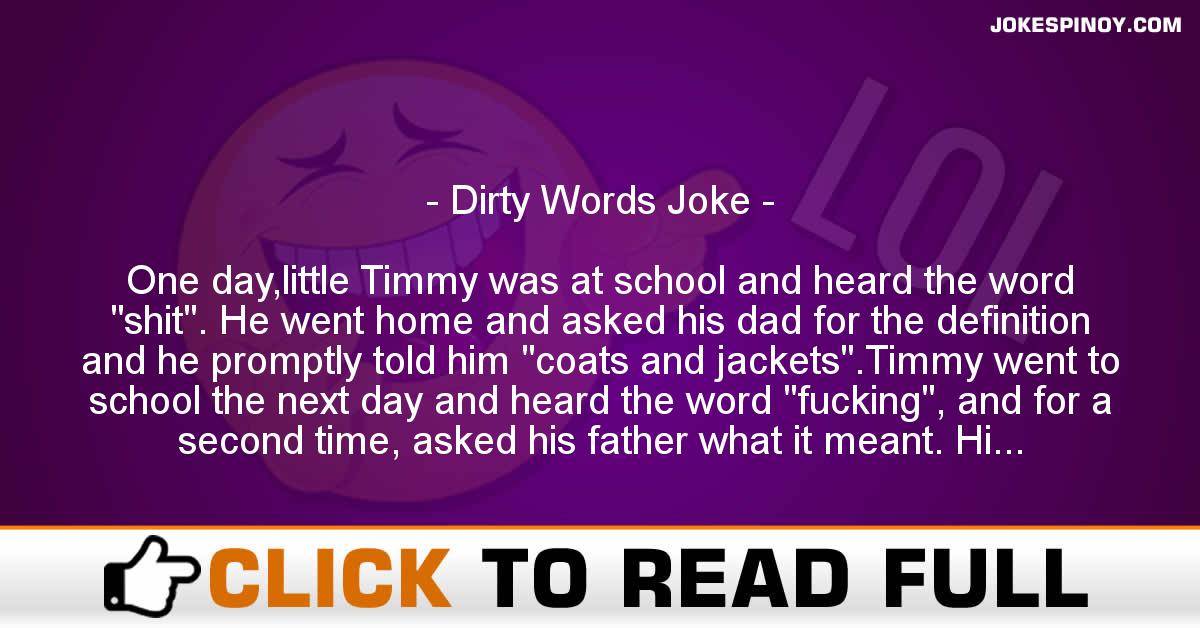 One day,little Timmy was at school and heard the word “shit”. He went home and asked his dad for the definition and he promptly told him “coats and jackets”.Timmy went to school the next day and heard the word “fucking”, and for a second time, asked his father what it meant. His father promptly said “cooking”.Then,he returned to school the third day and heard the words “bitches and hoes”. He went home and his father told him it meant “grandpa and grandma”.Later,on Thanksgiving night,his grandparents came over.Timmy answered the door with glee and says…”Hey bitches and hoes! I’ll take your shit to the closet cause dad’s in the kitchen fucking the turkey!