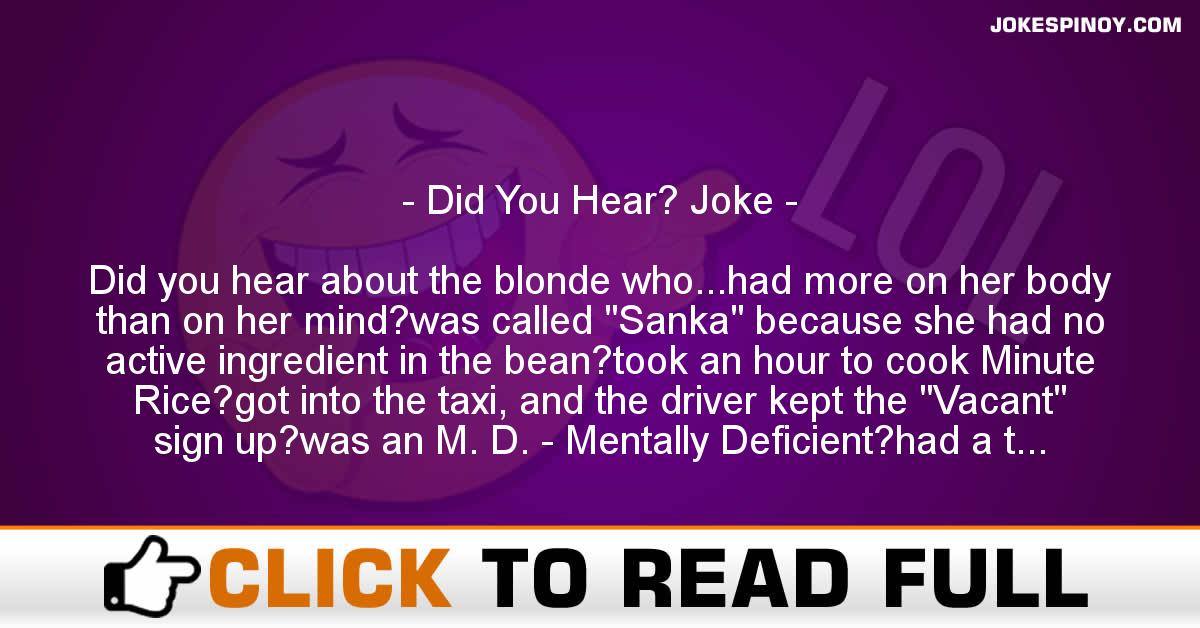 Did you hear about the blonde who…had more on her body than on her mind?was called “Sanka” because she had no active ingredient in the bean?took an hour to cook Minute Rice?got into the taxi, and the driver kept the “Vacant” sign up?was an M. D. – Mentally Deficient?had a terrific stairway, but nothing upstairs?thought nitrates was cheaper than day rates?was told she was a silly puss, but insisted she didn’t have a crazy cat?after watching the ballerinas, wondered why they didn’t get taller girls?went to a nudist camp for a game of strip p***r?brought her cosmetics with her for a make-up exam?