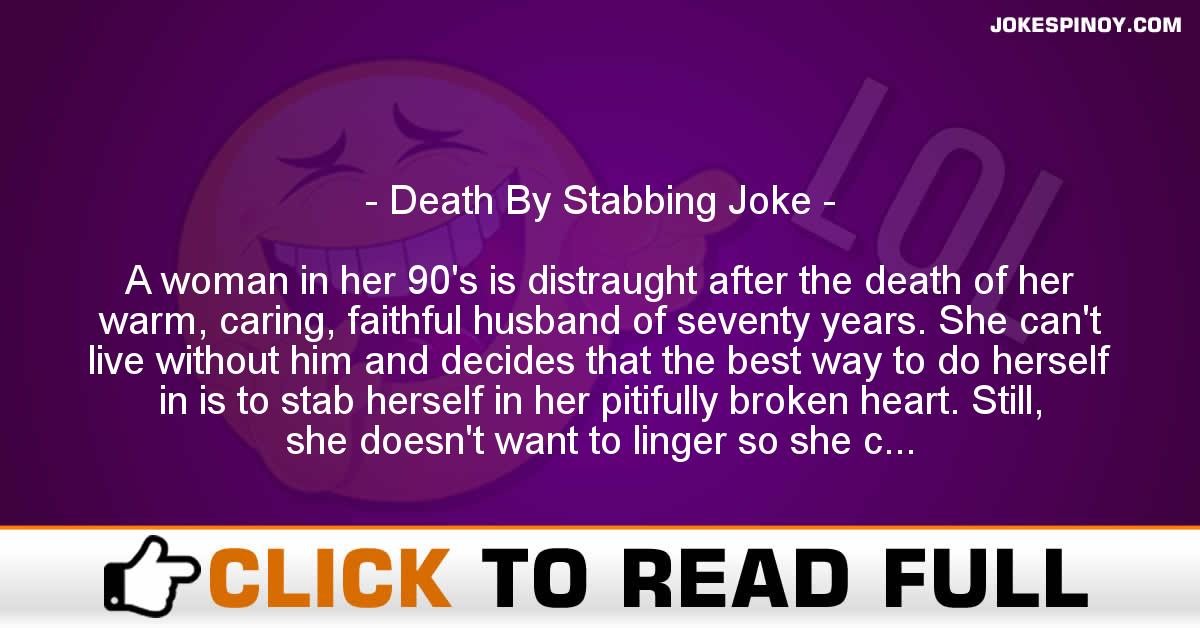 A woman in her 90’s is distraught after the death of her warm, caring, faithful husband of seventy years. She can’t live without him and decides that the best way to do herself in is to stab herself in her pitifully broken heart. Still, she doesn’t want to linger so she calls a doctor to find out exactly where the heart is.He tells her to put her first two fingers together, hold them horizontally and place the tip of the first finger just below her left nipple. The heart, he says, is immediately below the first knuckle on her second finger.Later that day, the doctor is called to the emergency room to put fourteen stitches in the elderly woman’s left thigh.