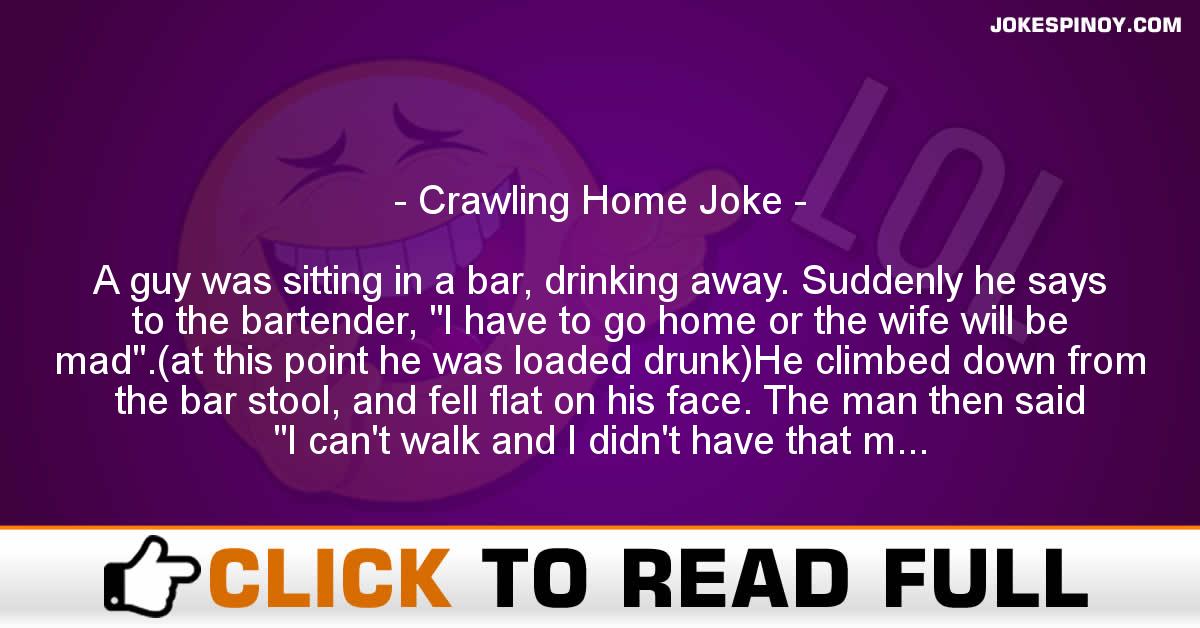 A guy was sitting in a bar, drinking away. Suddenly he says to the bartender, “I have to go home or the wife will be mad”.(at this point he was loaded drunk)He climbed down from the bar stool, and fell flat on his face. The man then said “I can’t walk and I didn’t have that much to drink?”.He gets up to give it another try, this time the same thing happens and he falls flat to his face. He says “I have to get home some way or the wife will kill me if I don’t get home soon”!He gets an idea of crawling home, so away he went crawling home. He crawled up to his apartment and slowely snuck into bed with his wife trying not to wake her.The next morning he woke up to see his wife running in the room. She said “you were out drinking again last night weren’t you!”The man replied with “NO WAY!”And the wife said “YOU LIAR!The bartender just called and said you left your wheelchair at the club again last night”!